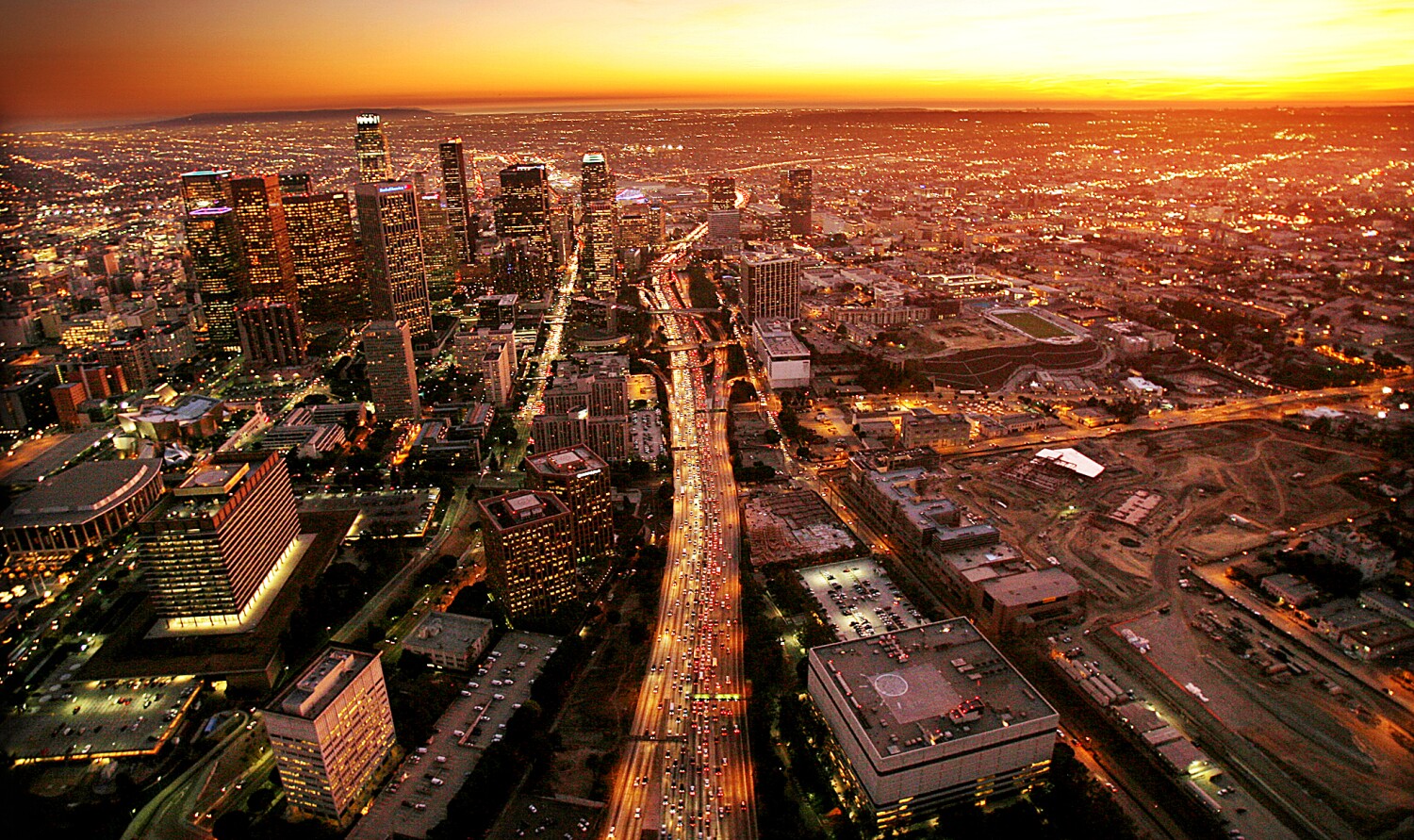 For more than four decades, privately owned land in California has been taxed under a one-size-fits-all system. Be it a duplex or a delicatessen, a ranch or a sprawling ranch-style home, the same limits apply to all property owners.

Proposition 15 would change that, splitting millions of acres of land and buildings into two categories: one for homeowners — whose tax limits would remain unchanged — and one for businesses, whose property tax payments would rise. The new revenues, totaling as much as $12.5 billion under one independent analysis, would be set aside for local governments and public schools.

Supporters argue the change would mostly affect large corporations, removing the low-tax protections provided by Proposition 13 in 1978 while shielding California’s entrepreneurs and farmers.

But the changes will take time and won’t come easy. While Proposition 15 may target expensive corporate properties, it also takes aim at Californians who own multiple business buildings, even those with relatively low property values. Critics remain unconvinced by the promise of protecting small businesses and have warned its protection for agricultural land includes a worrisome loophole.

Should Proposition 15 pass, its full implementation will take years. There will undoubtedly be tax appeals filed by angry business property owners. And the proposal will require interpretation by local and state government officials — and possibly the courts.

No political brand in California has had more staying power than the one created by anti-tax activists Howard Jarvis and Paul Gann: Proposition 13. The ballot measure won handily in 1978, striking a blow against perceived government largesse and shaping national politics for the rest of the 20th century. It was the electrified third rail of state politics, untouchable even during California’s worst fiscal crises.

Jarvis and Gann based their campaign on ever-rising homeowner property tax bills. Proposition 13 limits property taxes — residential and commercial — to 1% of assessed value, with the value tied to the sales price and allowed to rise only with the rate of inflation.

As California’s anti-tax position gave way to new taxes through ballot measures in 2012 and 2016, advocates of the so-called split-roll concept set their sights on 2020, believing a high-turnout presidential election would bring out a new generation of voters with less affinity for Proposition 13 than for new funding for schools and local government services.

Neither side in the battle lacks campaign cash. Supporters have raised more than $47.3 million, bankrolled by California’s most politically powerful public employee unions and a political action committee led by Facebook co-founder Mark Zuckerberg his wife, Priscilla Chan. Not surprisingly, a wide array of business groups — dominated by some of the state’s biggest corporations — see Proposition 15 as a threat to their bottom line, having collected $46.1 million, with real estate interests dominating the list of donors funneled through a larger group, the California Business Roundtable.

Opponents insist business costs in California are already higher than those in other states and that property taxes will be passed along to consumers or prompt some companies to relocate. Supporters say the issue is fairness, that decades of tax breaks for America’s best-known corporations have come at the expense of schools, public safety and government services.

Lenny Goldberg, a former state Capitol lobbyist who has championed split-roll proposals for years, said that when corporations pay higher property taxes after upgrading their buildings, it obscures the dirt-cheap assessments of the land underneath.

“People don’t appreciate that a lot of it is about land values,” Goldberg said. “When we talk about Disneyland or Disney Studios, people say, ‘Oh, well, they built a lot of new stuff, their values have gone up.’ That’s true. But the land value at the core of Disneyland is still at a 1975 value.”

Goldberg’s 2012 analysis of Silicon Valley commercial property assessments found land owned by some high-tech companies valued at $100,000 an acre or less, a fraction of market prices. Current tax records show those land values have risen slightly but are still exceedingly low — not only when judged by nearby property values, but even when compared with commercial property on the outskirts of those communities.

Proposition 15 supporters argue that big corporations can afford to pay more, and they say the ballot measure excludes business properties that are less valuable.

Not all cheap properties are excluded

Proposition 15 promises to draw a bright line between large and small businesses by raising taxes only on properties worth at least $3 million.

The researchers concluded that 80% of commercial and industrial property in the state is valued at $3 million or less — a key reason Proposition 15 supporters believe the tax hike won’t affect most businesses. Most of those properties, according to the report, are worth less than $250,000.

“This levels the playing field for small businesses that are already paying their fair share,” said Veronica Carrizales, policy and campaign director for California Calls, an alliance of community-based organizations, during a Sacramento Press Club debate on Oct. 5.

But the $3-million threshold could be met by the size of a business property owner’s portfolio. A low-value property would be reassessed for higher taxes if its owner — even a partial owner — owns commercial property in California with a total value of $3 million or more.

How many cheaper properties would be subject to the higher property tax rules because of their owners is unclear. The Proposition 15 campaign cites a study it commissioned, based on the USC research, that projects only 8% of the new tax revenues would come from low-value business properties.

There is no current method for determining how many properties any single investor or company owns across 58 counties, said Santa Clara County Assessor Larry Stone, who opposes Proposition 15.

“Assessors don’t know the value of property in multiple counties. We have no way of knowing that without significant expense,” he said during the Sacramento debate.

Supporters point out that Proposition 15 would set aside a portion of the new tax revenues to cover implementation costs. They say it will be up to state tax officials, not local governments, to investigate whether a business property owner had misled a tax assessor about additional parcels owned in other counties.

Business owners who rent commercial property would appear to be unaffected. But Proposition 15 opponents have argued that many commercial leases require a business tenant to pay some or all of the owner’s property tax — a hidden cost, they say, if voters approve the ballot measure.

In a recent online article, the Building Owners and Managers Assn. of Greater Los Angeles urged its members to warn their tenants about Proposition 15.

“Certainly, within expensive corridors in San Francisco and Downtown Los Angeles, rent will increase exponentially for many businesses, large and small,” the article said.

Supporters say most current business leases will expire before Proposition 15 kicks in and future competition over tenants will discourage building owners from passing on the new costs. They tout an economic study commissioned by the Silicon Valley Community Foundation that found commercial lease payments in buildings near one another are often comparable, even when building owners pay different amounts of property taxes.

“If thousands of renters routinely had their rents increase each time properties were reassessed, evidence would be seen,” economist Christopher Thornberg wrote in the study. “Ultimately, this analysis shows that rents are determined by what the market is willing to pay.”

Nor is there agreement on a component of Proposition 15 advertised as a tax cut for smaller businesses: a reduction or elimination of taxes owed on equipment and inventory. Those lost tax revenues are likely to be made up by the higher property taxes in large California counties. But the California Assessors’ Assn., which opposes the ballot measure, believes rural counties — where few or no properties are worth $3 million — will end up losing money because of the tax cut on business equipment.

Proposition 15 says it would make “no change to existing laws affecting the taxation or preservation of agricultural land.”

Opponents question why the measure focuses on land, given that California property taxes are paid also on the value of any structures, listed as “improvements” on an annual tax bill. Farmers, in particular, believe the ballot measure’s silence on land improvements could mean higher property tax assessments for barns, offices — and even fruit trees planted as part of new farming operations.

“This affects agriculture,” Jamie Johansson, president of the California Farm Bureau Federation and an Oroville farmer, said during the Sacramento Press Club debate. “And multiple-generation farmers, as well as first-time farmers like myself, are vulnerable.”

“You know, we might have been more explicit about it,” said Goldberg, the longtime advocate of higher commercial property taxes. “But no [county tax assessor] is going to have a legal leg to stand on if they try to call a fruit tree or irrigation system, or any of that, commercial and industrial. It’s just not.”

Like other implementation issues, it’s a disagreement likely left for state officials to resolve if Proposition 15 is approved by voters.