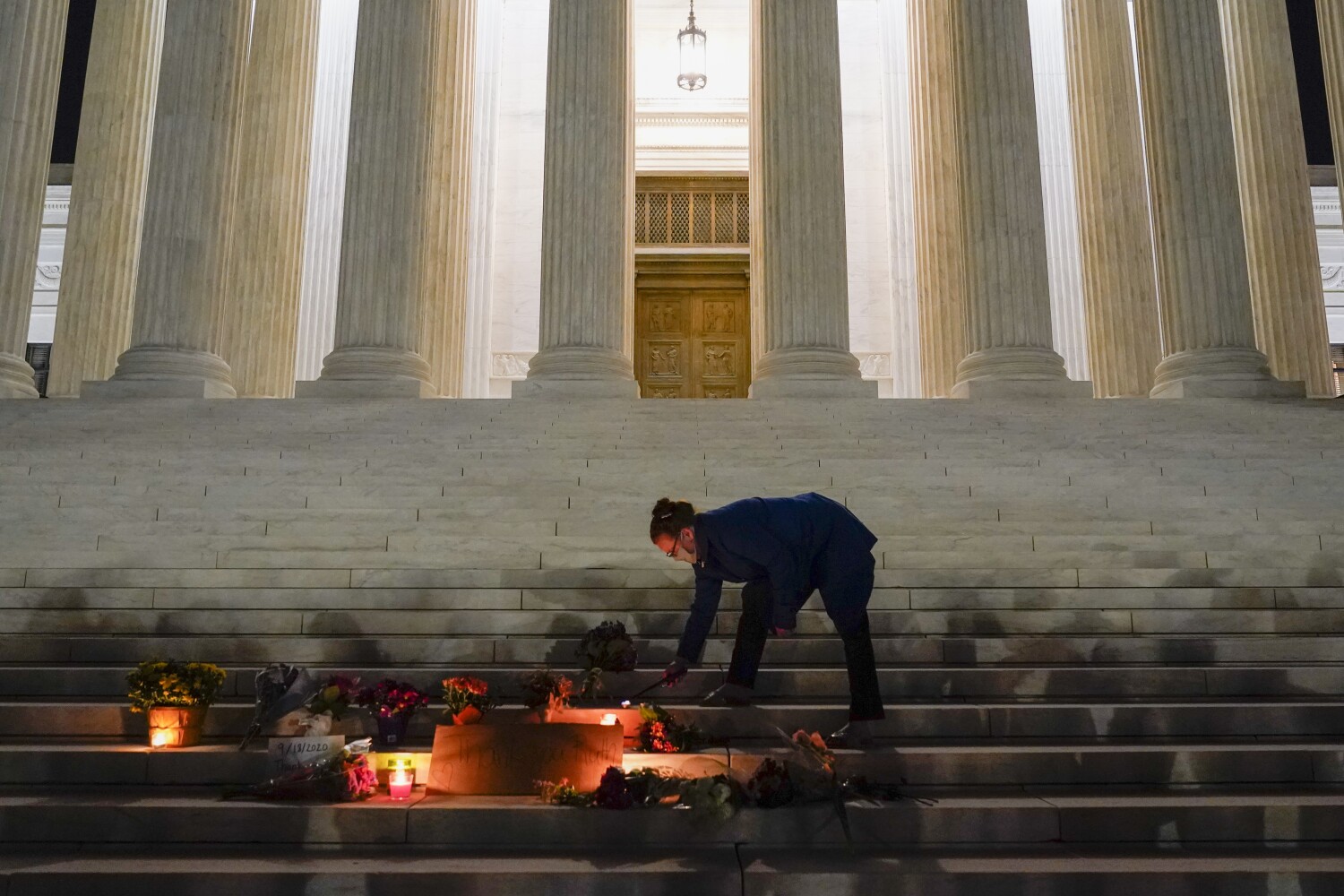 So Ruth Bader Ginsburg is dead, and all I can think about is my sunflowers.

They were tall and bright at the beginning of the week. Bees swarmed to their stamen, eager for pollen. The yellow petals shined, the heads ranged in size from my fist to a flour tortilla. Their strong stalks needed no stakes.

I sprouted them in May, when the Supreme Court justice secretly began chemotherapy. I planted the seedlings in July, when she announced her latest health battle to the public.

The sunflowers survived the slugs that invaded my garden and wasted nearly everything else. They weathered the record-breaking heat of August, the smoke-filled skies of September.

But as I drove up to my Orange County home late Friday afternoon, with news that Ginsburg had passed away at 87 of cancer lighting up my cellphone, I noticed my sunflowers now drooped.

Their end was inevitable, like the rest of us. But their demise was sudden, unexpected, far too quick and left me with nothing to take their place so soon.

It’s a year where rock bottom seems as far away as a coronavirus vaccine. Wrecked economy, nearly 200,000 dead due to COVID-19, continued police violence, sports and schools a shadow of themselves.

I wasn’t part of the RBG cult — I pray to no member of the executive, judicial or legislative branch. But I always had fond feelings for her. She was confirmed in the summer of 1993, when I was about to enter high school and her confirmation hearings dominated the broadcast news.

I knew nothing then of the personal history that made her a legend — the constant rocks she threw to break glass ceilings. Her immigrant father. The sexism endured, insults absorbed, pioneering cases argued.

All I knew was that I saw just a little of myself in this woman on television — big glasses, seemingly meek, but ready to throw down in the name of justice.

Ginsburg showed me the power of working from a disadvantage — the more they underestimate you, the more satisfying the victory. Her 22-year battle against various cancers was an inspiration for someone who lost his mother just last year to ovarian cancer.

I especially loved Ginsburg’s friendship with the late Justice Antonin Scalia, her polar opposite in nearly every way, from faith to physical stature to politics. If they were able to be pals, I always thought, the rest of us could as well — and should.

But that possibility now looks more distant than ever before.

On social media and in my phone, I especially see my Black and brown friends, men and women alike, mourn even more than my white ones.

In an era where the United States is more diverse than ever before, it looks as if the Supreme Court will tilt even righter and whiter.

There seems to be no hope as Senate Majority Leader Mitch McConnell licks his lips in anticipation of voting through a replacement for Ginsburg’s seat. And this is what angers the Latino part of me more than anything.

He’s the epitome of a convenenciero.

That’s all politicians, ultimately. But McConnell is a special kind of convenenciero.

In 2016, he blocked President Obama’s nomination of Merrick Garland to fill Scalia’s seat, arguing a decision as momentous as that shouldn’t happen during a presidential election year.

It was a decision I actually agreed with, but only if McConnell would’ve agreed to do the same if a Republican president was in the Oval Office.

And here we are.

In my Mexican world, convenencieros are a special breed of bad. It’s the politicians who looked away from what’s right for their own benefit. The holier-than-thou aunts and uncles who love to hate even as their own children do the exact sin they accuse others of.

People often shun convenencieros as the cancers to society that they are.

Now, convenencieros hold the power to shape the Supreme Court for generations to come.

Despair now fills my social media timelines. Can anything possibly go good in this annus horribilis of 2020?

That brings me back to those sunflowers.

The bees did their work and pollinated the flowers. Hundreds of seeds are still developing; they’ll be ready around November.

I always let them scatter across the ground, then cover them in soil and let them rest through the spring.

Next summer, most of them will sprout up from the soil. I will let some grow, but give away the majority of the seedlings.

This will be the life of Ginsburg. Except don’t wait for next year to see if her seeds will sprout.

Your germination date is Nov. 3.

As Biden revamps immigration, many at border camp wait, worry

Winners, losers and a lot of uncertain futures collide in this ragged tent camp on the border. Claudia Quesada Rodriguez, a mother who fled gang violence in El Salvador, is one of the fortunate ones. […]

When more than 4,000 vehicles showed up here for a “Trump train” parade over the Fourth of July weekend, even the organizers were shocked. The Rio Grande Valley, with some of the highest concentrations of […]

President Trump’s plan to exclude millions of immigrants in the country illegally from the 2020 census count appeared to fizzle at the Supreme Court on Monday. California officials feared that Trump’s policy, if put into […]