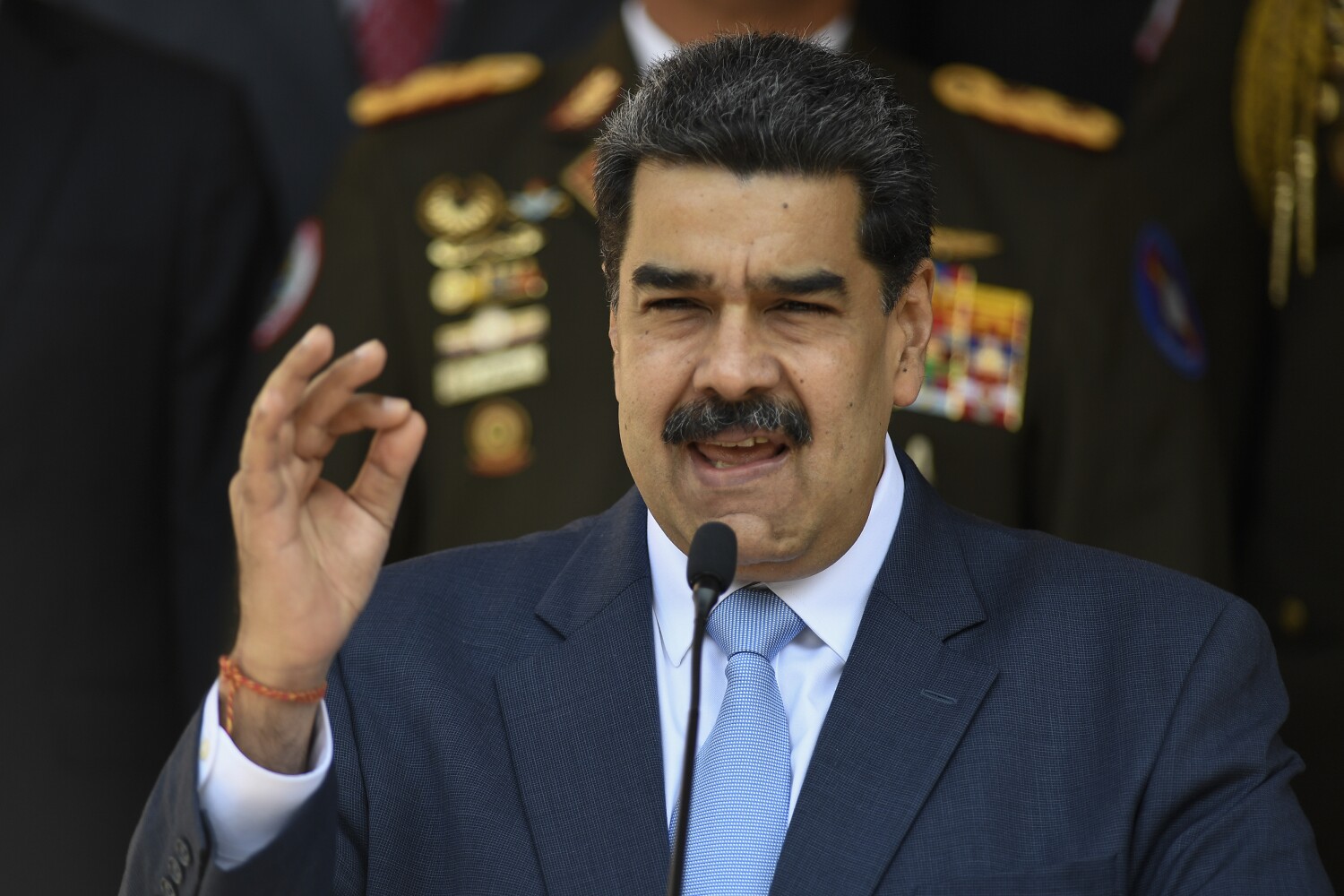 The Trump administration secretly deported numerous Venezuelans this year, even as it sought to overthrow their country’s government because of horrific abuses of its citizens, a senior Democratic senator said Friday.

Deportations were made through third countries to conceal the actual destination of the Venezuelans being forcibly returned to their troubled homeland, according to documents released by Sen. Robert Menendez of New Jersey, the senior Democrat on the Senate Foreign Relations Committee.

The Trump administration has made the ousting of Venezuelan President Nicolás Maduro a centerpiece of its foreign policy for Latin America. Nearly two years ago, President Trump recognized the head of the Venezuelan opposition, Juan Guaidó, as the rightful leader of the country and sought to delegitimize Maduro’s government. Numerous countries in the region and in Europe followed suit.

Yet the U.S. refused to give refuge to fleeing Venezuelans.

Menendez said the “stealth deportations” of Venezuelans continued at least through March despite a 2019 law against flights to or from Venezuelan airports, and despite the demonstrably dangerous conditions in Venezuela.

“U.S. law forbids the forcible return of refugees to a place where their lives or freedom would be threatened, U.S. regulations have suspended all air travel to Venezuela, and U.S. foreign policy should be to counter the Maduro regime’s systematic abuses of human rights,” Menendez said in a letter to administration officials.

“The administration’s continued deportation of Venezuelan nationals appears to undermine these policies,” he added.

Menendez quoted communications from the State Department that confirmed the deportations continued. He cited a February news briefing in which Elliott Abrams, Trump’s special envoy for Venezuela, said, “I wouldn’t say there is a complete freeze on the deportation of Venezuelans, but the number of deportations is extremely low.”

Critics said the administration is hypocritical for supporting the downfall of the Venezuela government while being unwilling to protect fleeing Venezuelans.

“While the U.S. government highlights the worsening humanitarian emergency inside the country, the White House has continued to send fleeing Venezuelans back to danger,” said Geoff Ramsey, an analyst with the Washington Office on Latin America, a think tank that follows issues in the region.

Under Maduro, a socialist former bus driver, Venezuela, a country once rich in oil, has descended into one of the world’s most grave humanitarian crises, with shortages of food, medicine and electricity. Maduro, meanwhile, has used thugs to repress, beat and jail political opponents. According to a recent United Nations report, Venezuelans are routinely tortured and sexually abused in prison; the U.N. Human Rights Council has said the abuses amounted to crimes against humanity.

Several million people have fled Venezuela to neighboring South American countries. A smaller number have come to the United States, yet the Trump administration steadfastly refused to grant Venezuelans permission to remain. A program that grants “temporary protected status” has in the past allowed Haitians, Salvadorans and others to stay in the U.S. for a finite time if conditions at home were untenable or dangerous.

The Democratic nominee for president, Joe Biden, has said he would grant the temporary status to Venezuelans.

Trump has stressed the importance of the fight against the Venezuelan government, in large part to attract conservative Latino voters in Florida, where opposition to leftist regimes in Latin America, including Cuba, is popular. But his policies failed to dislodge Maduro or improve Venezuela’s humanitarian crisis.

Ramsey, of the Washington Office on Latin America, said it was especially alarming that Caribbean nations were being enlisted as third-party destinations in the administration’s efforts to circumvent notice of the deportations. In the cases cited by Menendez, Trinidad and Tobago was the cooperating country. Caribbean countries generally have weak legal systems and few protections for refugees, and are often obliging to the U.S. for aid and support.

Even as the Trump administration refused to consider most requests from Venezuelans for asylum or other protections, those applications rose. According to Syracuse University’s Transactional Access Records Clearinghouse, which tracks data from U.S. immigration courts, cases of Venezuelans seeking asylum in the U.S. have gone up dramatically in recent years.

Last year, of 781 Venezuelan asylum cases decided in immigration courts, 33% were denied. In fiscal 2020, which ended last month, 819 of nearly 1,800 Venezuelan claims were rejected, a denial rate of 46%, despite a sharp drop in international travel that occurred as many countries, including Venezuela and the U.S., effectively closed their borders amid the COVID-19 pandemic.

GOP Gov. Rejects Divide Over Wearing Face Masks: ‘This Is Not About Politics’