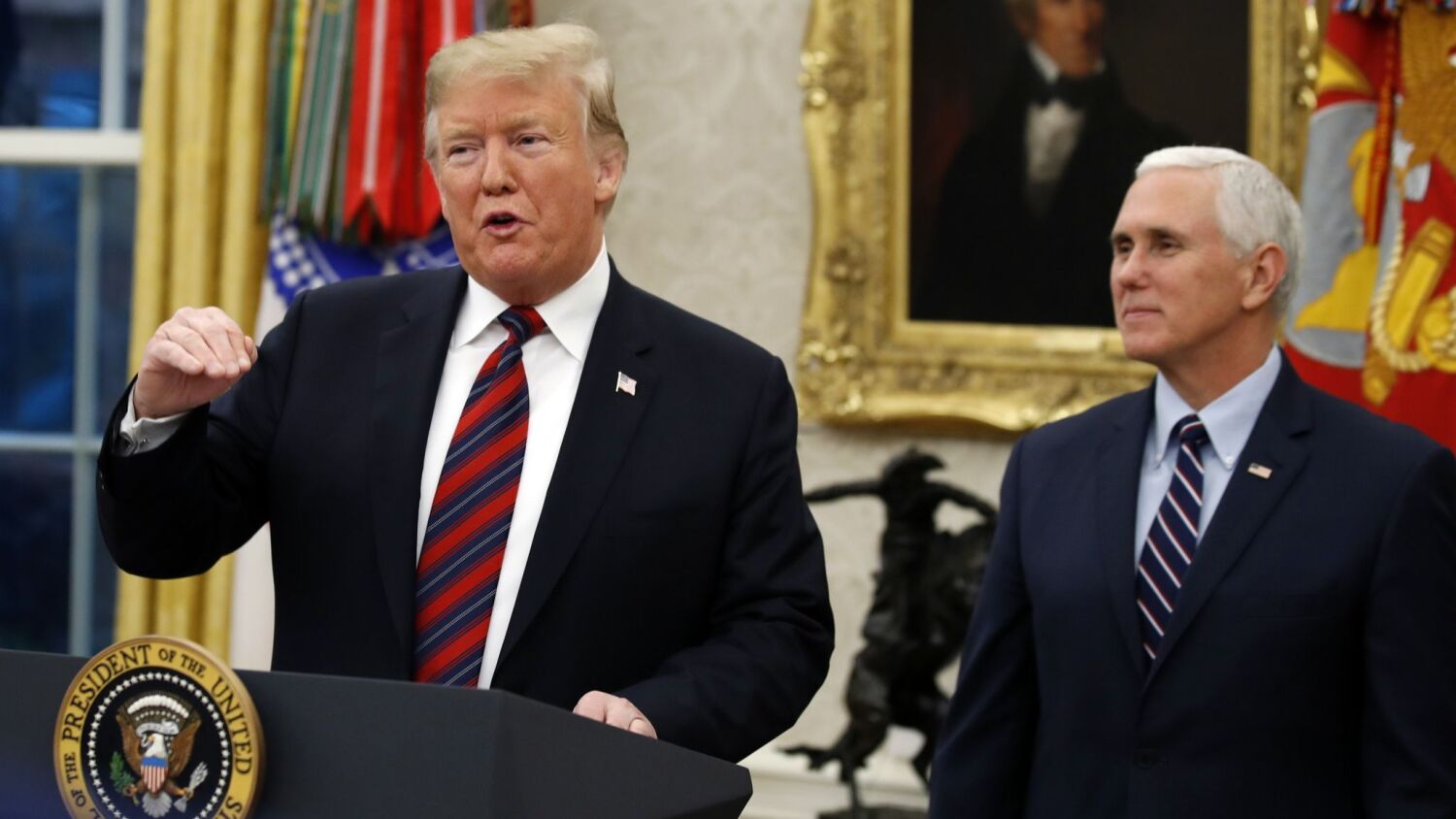 Vice President Mike Pence tested negative for the coronavirus Friday, his office announced, suggesting he might not have been infected by President Trump, the First Lady or others on the White House staff who tested positive.

Pence’s negative test alleviates immediate concerns about the presidential line of succession if Trump becomes badly ill and is unable to perform his duties. At 74 and obese, Trump faces increased odds to develop serious symptoms from the coronavirus.

Pence’s office said Pence has been tested for COVID-19 every day for months.

Pence’s office did not immediately respond to questions about when he was last in contact with Trump, who announced his positive test results early Friday morning.

But during a rally in Pennsylvania on Tuesday, Pence told the crowd that he had been in the Oval Office with the president earlier that day.

Pence is scheduled to participate in a debate Wednesday in Utah with Sen. Kamala Harris, the Democratic vice presidential nominee.

It’s unclear where Trump contracted the virus, but one of his closest aides, Hope Hicks, tested positive on Thursday.

The viral spread presents a nightmare scenario for the White House 32 days before the election.

Trump has traveled in close quarters with senior aides and other administration officials in recent days as he attended a debate with Democratic presidential nominee Joe Biden in Cleveland on Tuesday, and staged campaign events in several states after that.

The people closest to the president are tested regularly, but they rarely wear face masks to avoid spreading the virus despite advice from public health experts.

Trump even mocked Biden during their debate for limiting his public appearances and frequently wearing masks.

Biden tweeted Friday that he’s praying for Trump and his family.

“Jill and I send our thoughts to President Trump and First Lady Melania Trump for a swift recovery,” he said. “We will continue to pray for the health and safety of the president and his family.”

Ashish Jha, dean of the Brown University School of Public Health, said Trump’s diagnosis will create a challenge for tracing his contacts because of the virus’ incubation period, which can last days before it’s detected.

“Anyone near Ms. Hicks from Monday on, President from Tuesday on should quarantine,” he tweeted. “I’d go back, test everyone near President from at least Saturday on to see if we can identify source.”

After coronavirus: Your next flight may look like this