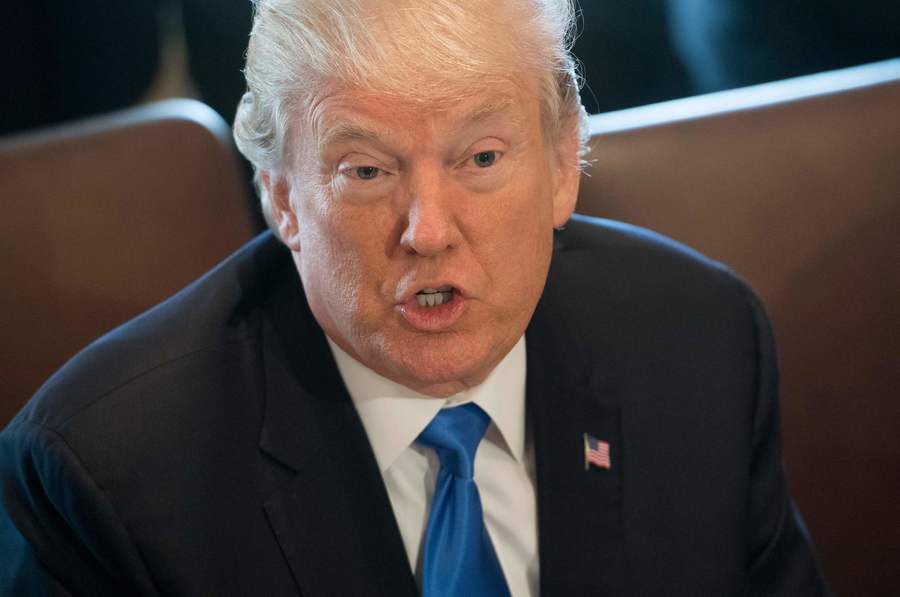 President Trump approved the framework of a deal that would keep TikTok operating in the U.S. through a sale to Walmart and Oracle.

Under the deal, the company would become U.S.-based TikTok Global. It would most likely be incorporated in Texas, Trump said. The company would add 25,000 jobs in the U.S. and donate $5 billion to American education, he added.

“We’ll see whether or not it all happens,” Trump said. “But conceptually, I think it’s a great deal for America.”

TikTok’s China-based parent company, ByteDance, would appear to retain partial ownership. The financial terms of the deal are not yet clear.

ByteDance has been under pressure by the Trump administration to divest its U.S. operations by Nov. 12 or risk a ban.

Trump had signed an executive order that would require Apple and Google to remove TikTok from their app stores on midnight Monday, restricting new downloads and updates of the app.

The president had expressed concern that TikTok’s parent company could be giving information on U.S. users of TikTok to the Chinese government.

TikTok said it has not shared U.S. user data with the Chinese government and that the company stores U.S. user data in Virginia and backs it up in Singapore.

After Trump’s comments Saturday, the Commerce Department said in a statement that it would delay until Sept. 27 enforcement of the executive order removing TikTok from U.S. app stores.

“We are pleased that the proposal by TikTok, Oracle, and Walmart will resolve the security concerns of the U.S. administration and settle questions around TikTok’s future in the U.S.,” TikTok said in a statement.

The company said under the deal, Oracle, which is based in the San Francisco Bay Area, would host TikTok’s U.S. user data and it is working on a commercial partnership with Arkansas-based Walmart. The companies could take up to a 20% stake in TikTok in a pre-IPO financing round, TikTok said in a statement.

According to the Wall Street Journal, ByteDance would retain about 80% ownership in the spinoff — but because U.S. investors own about 40% of ByteDance, the new venture could be characterized as majority American-owned. Oracle said its ownership stake would be 12.5%; Walmart said it has tentatively agreed to buy 7.5% of TikTok Global.

Treasury spokeswoman Monica Crowley said approval of the deal is subject to closing with Oracle and Walmart, as well as conditions to be approved by the Committee on Foreign Investment in the United States. Trump’s blessing clears a major hurdle.

Any deal involving ByteDance divesting TikTok’s operations would also require the approval of the Chinese government, which has been entrenched in a tense trade war with the Trump administration.

China’s Ministry of Commerce called for the U.S. to stop “bullying” and said that China would take “necessary measures” to protect Chinese companies’ rights and interests.

“America has repeatedly used its national power in circumstances without evidence and using unwarranted reasons to hunt down and suppress these two countries, seriously disturbing regular market functions, hurting global investors’ confidence in the American investment environment, and damaging the regular order of international trade,” the ministry said.

China on Saturday announced “provisions on an unreliable entity list,” allowing it to take measures against foreign enterprises if they are national security threats, including barring them from investing in China or stopping them from engaging in China-related imports or exports.

Some interpreted this as retaliation for Trump’s actions against TikTok and a ban in the U.S. on Sunday on messaging app WeChat, owned by China-based Tencent, due to national security concerns. A group of WeChat users have sued the Trump Administration over the ban; a federal judge could soon decide whether to issue a preliminary injunction temporarily halting the ban.

“They are really quite upset about the announcements on the ban on WeChat and the continuing restrictions on on TikTok unless this deal goes through, so I think they’re going to be rather slow to get their approval,” said Eric Harwit, an Asian studies professor at the University of Hawaii. If ByteDance is agreeable to the deal, he thinks the Chinese government will eventually go along with it.

“There’s going to be some delay just to show that they really do have a voice in these kinds of arrangements, and that the Chinese side in general can’t be pushed around by the Trump administration’s restrictions on their overseas business,” Harwit said.

Trump said he believes it’s going to be “a fantastic deal,” adding “the technology’s superior to anything in the world, and we like that.”

“It’ll be a brand new company,” Trump said. “It will have nothing to do with China. It’ll be totally secure.”

Oracle beat out other suitors for TikTok’s operations, including its rival Microsoft.

Oracle said that it will become a minority investor in TikTok Global and that TikTok’s U.S. operations will run on Oracle Cloud.

“We are a hundred percent confident in our ability to deliver a highly secure environment for TikTok’s American users, and users throughout the world,” said Oracle CEO Safra Catz in a statement. “This greatly improved security and guaranteed privacy will enable the continued rapid growth of the TikTok user community to benefit all stakeholders.”

Oracle has close relations with the Trump administration. The company’s co-founder, Larry Ellison, hosted a Trump campaign fundraiser and is a supporter of the president. Catz also served on Trump’s transition team.

Walmart said it has tentatively agreed to provide its e-commerce, fulfillment and payments services to the company and that its CEO, Doug McMillon, would serve on TikTok’s board.

“This partnership will provide Walmart with an important way for us to expand our reach and serve omnichannel customers as well as grow our third-party marketplace, fulfillment and advertising businesses,” Walmart said in a statement.

“This could give Walmart a huge competing edge to Amazon,” said Eugene Lee, chief executive of Creator.Cash, a San Francisco-based app that provides financial tools and savings accounts to video creators. “Walmart probably is salivating at the mouth to be able to provide an e-commerce angle to these creators who are capturing the attention and the eyeballs of hundreds of millions and soon to be billions of people here.”

TikTok creators have expressed concern about a ban or sale of the TikTok app. Many remember what happened to Vine, a popular video app that shut down after it was bought by Twitter, forcing creators to rebuild their fanbases elsewhere.

Many creators were hopeful about a deal, including USC student Cosette Rinab — one of three TikTok creators who on Friday filed a lawsuit in federal court in Philadelphia against the Trump administration, alleging a TikTok ban would violate their 1st Amendment rights.

“If having a company like Oracle own parts of TikTok … makes the President’s administration feel more confidence in allowing TikTok to succeed and continue to grow in the U.S., then so be it,” said Rinab, 21, who earns $7,000 to $12,000 a month through brand deals and integrating songs into her posts.

Whether partnerships with Walmart and Oracle can maintain the popularity of TikTok, which is used by 100 million Americans, remains to be seen.

“The only thing I’m worried about is whoever buys the app will run it into the ground like Vine,” said Carly Lind, a 29-year-old L.A. video creator, who has roughly 20,000 followers on her main TikTok account.