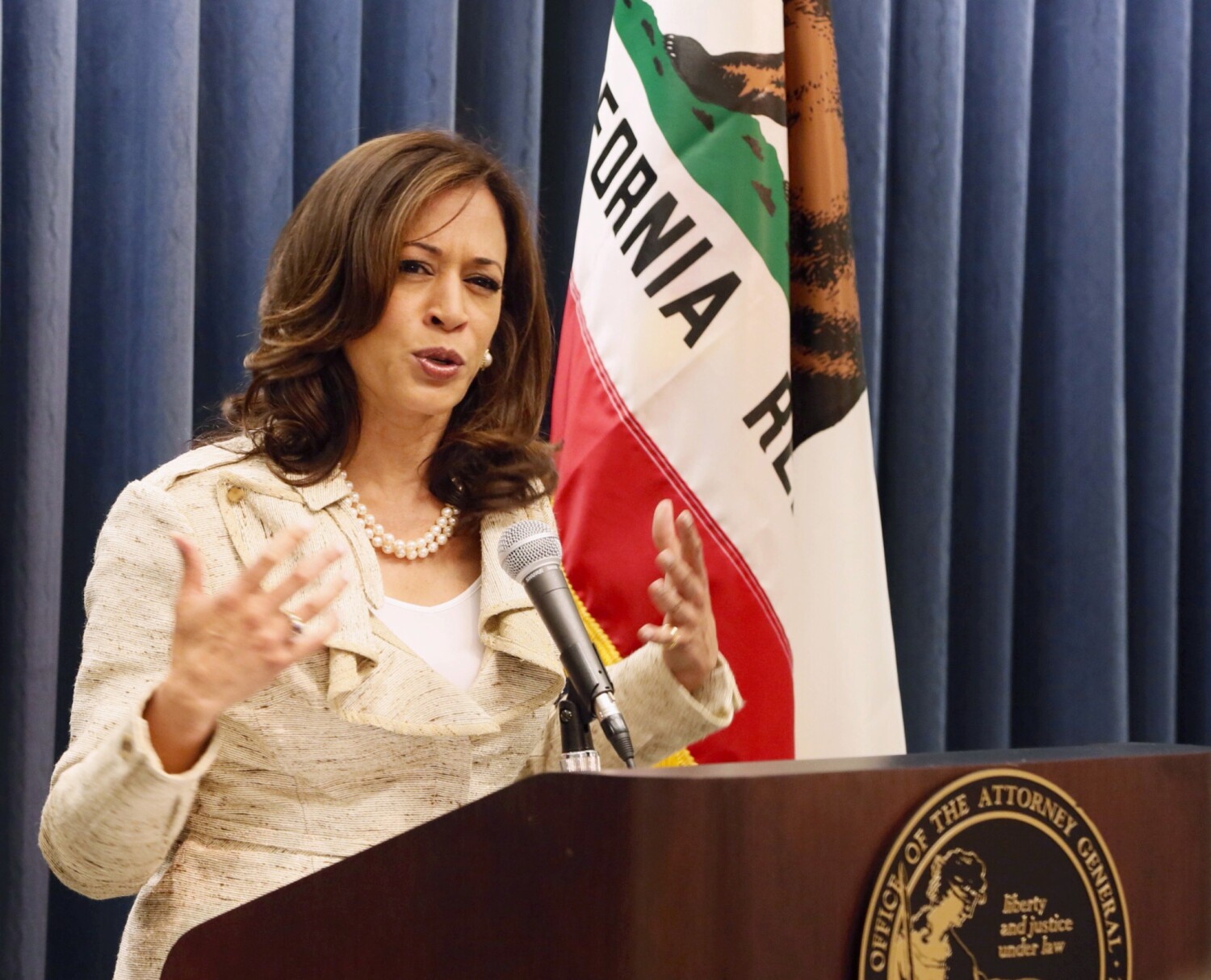 The state proved the “perfect incubator” for a daughter of immigrants from India and Jamaica “who grew up proving that social progress and bare-knuckle politics go hand in hand,” he writes.

Harris did not speak with Morain for the book, which was reported while she was campaigning for the vice presidency. But he has spoken with her many times over his reporting career.

The Times recently interviewed Morain, who spent four decades covering California politics for The Times and the Sacramento Bee, about Harris’ political upbringing and what to expect from her as vice president. The interview was edited for clarity and length.

What role do you see for her in the Biden administration?

What Kamala Harris is going to do is what Joe Biden wants her to do. I think there’s not going to be daylight between what she wants, what her agenda is, and what his agenda is.

What she especially brings to the table is an understanding of people who are younger, a different generation than Biden, somebody who comes from a family of immigrants and particularly immigrants who are people of color.

And her background as a prosecutor, I mean, she spent 13 years of her life — more if you count her time as attorney general and district attorney, you know, when she was really the supervisor — sending people off to prison or striking deals where they didn’t go to prison. She was a prosecutor in Oakland at a time when crime was really a problem. It still is, but not to the extent that it was when she arrived.

One of the most surprising details that you wrote about was in the era when Kamala Harris was dating former Assembly Speaker and San Francisco Mayor Willie Brown in the mid-’90s and ends up flying with him on Donald Trump’s plane from Boston to New York.

While there’s no evidence that she actually met Trump at the time, there are other confluences that resonate in today’s politics — she overlapped in the San Francisco district attorney’s office with Kimberly Guilfoyle, who was previously married to future Gov. Gavin Newsom and is now dating Donald Trump Jr. It really made me feel like the mid-’90s in San Francisco was a smaller-town version of American politics in 2021. Why was San Francisco this pivotal place?

And then Kamala Harris, who was a friend, a protege of Willie Brown — he certainly helped her early in her career, just as Phillip Burton helped Willie Brown.

Harris flying on Donald Trump’s airplane — that was news to me. … There are these sort of foreshadowing incidents throughout her career.

She has some sort of a run-in with Kimberly Guilfoyle. … We know what Kimberly Guilfoyle has said and what’s been reported in the San Francisco Chronicle. Kamala Harris has really never talked about it publicly. Guilfoyle claims that Harris wanted to keep her out of the district attorney’s office. Kamala Harris said otherwise to the Chronicle back in the day. And then in 2011, when Kamala Harris is newly elected to the California attorney general’s office, Donald Trump is among her donors, giving her campaign a couple thousand bucks.

Politics is a small world.

Were there any moments in researching the book that caused you to reassess your opinion of Harris?

When I was at the Sacramento Bee, from 2010 to 2018, is really when I wrote most about Harris. If you go back and read the columns that I wrote and editorials that I generally took the lead in writing about the attorney general’s office, you’ll see that they’re pretty critical. And one of the things that I wrote, and others wrote, was that she was overly cautious.

I’m not sure that’s really true. I think what she does is she picks her battles. There are cases, as attorney general, where she had no choice. She had to defend the state. But in many, many instances, I think she chose not to engage in fights that she viewed as being other people’s fights.

Trump tried to paint her as this radical during the presidential campaign. And I was a little bit surprised on the campaign trail the extent that it did catch on among some of his voters.

Who knows what goes through the mind of some of Trump’s supporters? But she’s not radical.

Where do you see her political core? That’s obviously one of the big questions people have about her. Does she have one?

It’s a question of does she take positions, or does she have principles.

She is a liberal on social issues — same-sex marriage, civil rights, the need to help poor people and people of color. I believe she absolutely believes that there are racial disparities in the criminal justice system. And I think she wants to fix them, and that’s to her credit. She also understands that there are racial disparities in healthcare that certainly have become apparent in the whole coronavirus epidemic.

So I think those are her core values: civil rights, reproductive rights, women’s healthcare. Those are issues that she’s never going to stray from. And gun control certainly is one.