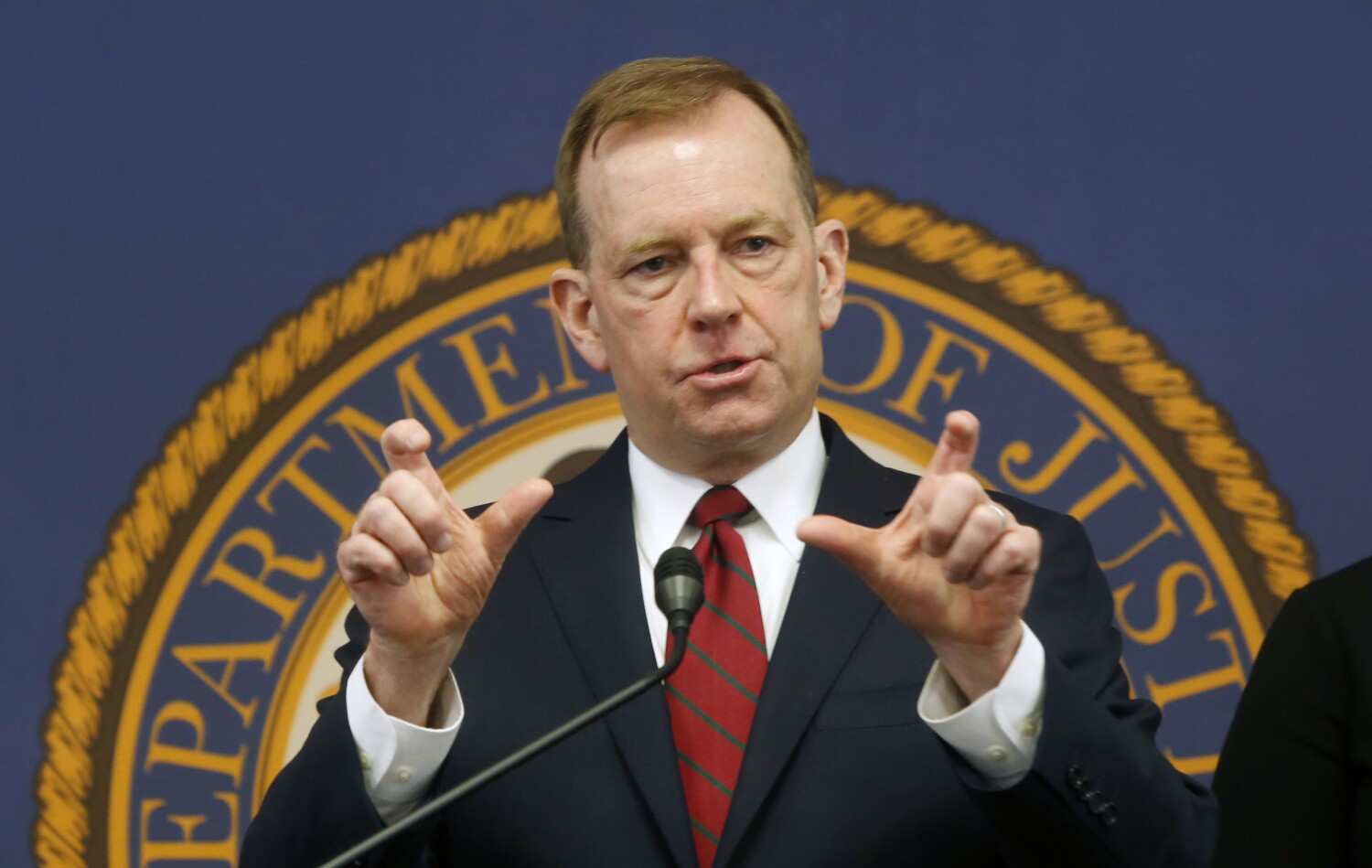 Faced with widespread fraud in California’s unemployment benefit system, state officials said Tuesday they have hired former federal prosecutor McGregor Scott to serve as special counsel to assist in the investigations of bogus claims filed by international criminal organizations, prison inmates and others.

Scott was the U.S. attorney for the Eastern District of California until he stepped down this year and was a leader of a task force of California prosecutors that announced an investigation into unemployment fraud in November.

The probe was launched by Scott and nine county prosecutors after they found evidence that thousands of fraudulent claims for unemployment benefits were filed in the names of California prison inmates, including those on death row.

Since then, the state Employment Development Department has determined that more than $11 billion in benefits were paid on fraudulent claims, and there are an additional $19 billion in suspicious claims under investigation.

Last year, the state began matching personal information from claimants to a list of prison inmates and hired a contractor to verify the identity of people filing for jobless benefits.

“California took broad action last year to identify and stop criminal unemployment fraud from continuing — and with McGregor Scott’s aid we are taking another major step toward empowering prosecutors to crack down on those who engaged in this criminal activity,” said Rita Saenz, director of the EDD.

As U.S. attorney, Scott oversaw federal prosecutions in a district including 34 counties from the Oregon border to Bakersfield. An appointee of President Trump in 2018, Scott stepped down from the post when President Biden took office this year.

He had previously served in the same position from 2003 to 2009 under President George W. Bush, and he was twice elected Shasta County district attorney.

Scott, whose title will be fraud special counsel, said Tuesday that he would work closely with a task force of state and local law enforcement agencies that was formed in November by Gov. Gavin Newsom. That group is overseen by the state Office of Emergency Services.

“State unemployment systems last year were under attack by sophisticated international and domestic organized fraud schemes,” Scott said in a statement. “We look forward to working with EDD, Cal OES, and local, state, and federal prosecutors to identify, investigate and prosecute those who stole benefits that rightly belonged in the pockets of Californians in need.”

Scott, who is a partner at the law firm King & Spalding, will have his hands full. The group of prosecutors he was involved with estimated in November that fraudulent claims involving 21,000 prison inmates could total $400 million.

The task force formed by the governor said in April that there had been 68 arrests and it had opened 1,641 other inquiries.

In addition, federal officials who have made more than 500 arrests nationwide in unemployment fraud cases say much of the problem comes from international criminal organizations. Security experts say identity theft rings have filed fraudulent unemployment claims from Russia, China, Nigeria, Ghana, Turkey and Bulgaria, among other countries.

Closer to home, former EDD employees have been implicated in fraud schemes including one in December in which a former state worker was able to scam more than $200,000 by filing claims in names of unknowing victims including U.S. Sen. Dianne Feinstein (D-Calif.), authorities said.

California Atty. Gen. Rob Bonta, who has made investigating unemployment fraud a priority since he took office in April, said Scott brings expertise to the investigations.

“The California Department of Justice was instrumental in uncovering last year’s unemployment fraud scheme; and from the beginning, we worked in strong partnership with then-U.S. Attorney Scott to put a stop to this illegal activity,” Bonta said.

WASHINGTON — A Texas man charged with participating in the Jan. 6 insurrection will stay in jail pending trial, a judge ruled Thursday, after he made threats against Rep. Alexandria Ocasio-Cortez and a US Capitol […]

Judges Are Ignoring “Trump Made Me Do It” Capitol Riot Defense

BuzzFeed News; Getty Images WASHINGTON — In the minds of some of former president Donald Trump’s supporters, when hundreds of rioters descended on the US Capitol on Jan. 6, it was because Trump told them […]

With the White House now resembling a fortress, authorities in the nation’s capital braced Saturday for what protesters promised would be the largest demonstrations yet to condemn police brutality and the killing of George Floyd. […]