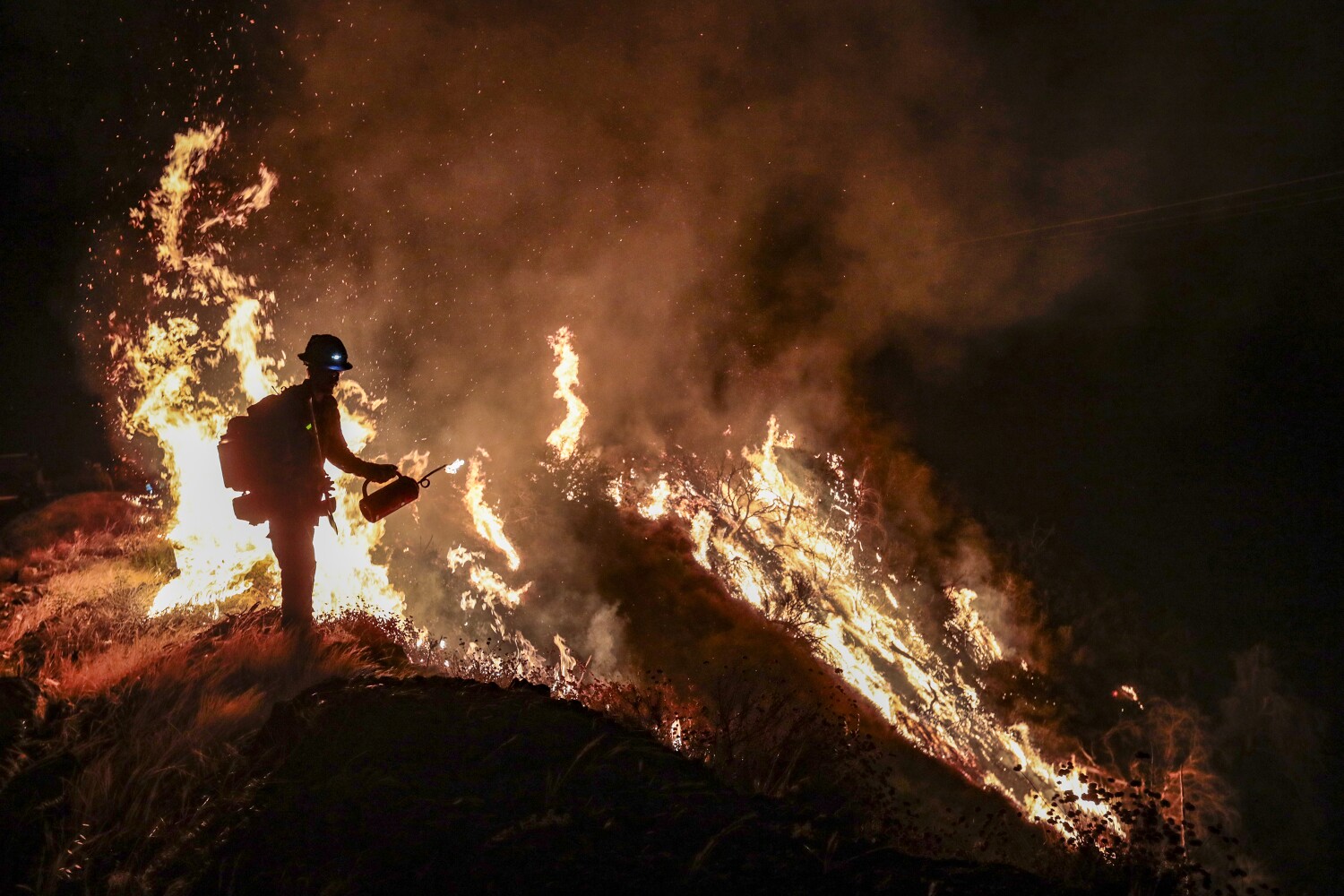 California should put the same effort into preparing buildings to survive wildfires that it has retrofitting for earthquakes.

California needs “policies that support individuals and communities to make structures more resistant to fire — replacing roofs and other exterior building materials with ones that are resistant to burning,” Kolden says in a Q&A with the Public Policy Institute of California.

“It will be expensive,” she continues, “but how many trillions has California invested in earthquake retrofitting? We need to look at wildfire the same way with a massive investment to make communities more resistant to fire.”

“Trillions” may be a reach. Maybe hundreds of billions. Whatever. We’ve spent a ton on readying ourselves for catastrophic temblors.

Wildfires and quakes are inevitable in California. We’ve made a pretty good stab at bracing against quakes but have only recently begun to wake up about wildfires.

Also inevitable are torrential rains that can cause devastating flooding, particularly in Northern California. We’ve spent many billions erecting dams and levees to hold back rampaging floodwaters. There are nearly 1,500 dams in the state, many of them operated, in part, for flood control.

“We have an enormous number of dams and a crazy network of aqueducts and canals,” Kolden told me when I called her.

“We also spend an enormous amount of money preparing for a tsunami. How many tsunamis have there been on the West Coast? But we’ve made a substantial investment in that. There are tsunami warning signs, evacuation signs all along the coast.

“We’ve not made that type of state or federal investment in addressing wildfires.”

Kolden grew up in Seattle and graduated from Cornell with a history degree.

“I had no intention of going to law school or becoming a high school history teacher,” she says, “so I went to work for [the Forest Service] because it was working outside.”

Kolden worked on a timber crew near Placerville, east of Sacramento. In the fall, she’d do prescribed burning to clean up forest floors — something the feds and the state have been doing increasingly less.

“I got hooked on fire,” she says. “So I became a wildland firefighter. After a couple of years, I moved to fire ecology. I wanted to better understand why we were managing fires the way we were and started grad school.”

She became a UC Merced fire science professor in July after being an associate professor at the University of Idaho.

One thing that upsets Kolden is the common cry of many citizens that local governments shouldn’t allow people burned out of their homes to rebuild in rural areas ravaged by wildfire — and shouldn’t even have permitted them to erect housing there in the first place.

“I get frustrated when I hear people say we shouldn’t live in outlying areas,” she says, “because they fail to acknowledge that in nearly every place in California there is flammable vegetation — 98% of the state’s vegetation is fire-prone under the right conditions.

“We just saw coastal redwoods burn [near Santa Cruz]. People who lived there didn’t think they had to worry about wildfires because redwoods are wet and typically don’t burn. What we’re seeing with climate change is that these places that haven’t burned very frequently are burning more frequently.”

But you may have to worry about your wallet. People are moving into the countryside because they can’t afford city housing costs that have become ridiculous.

“We haven’t told people, ‘You can’t live on these earthquake faults.’ Nobody suggested not rebuilding the Bay Bridge because it was not a safe place for a bridge,” Kolden says. “It was made safer so when the next earthquake hits, there’s much less probability that it will collapse.

“That’s the conversation we need to be having about wildfires.”

It cost $6.3 billion to erect a new eastern span of the San Francisco-Oakland Bay Bridge after it was destroyed by the 1989 Loma Prieta earthquake.

“To suggest we shouldn’t allow people to live in these [fire-prone] areas is very much a straw man and doesn’t address the problem,” Kolden says. “It’s addressing an untenable solution.

“The real solution is to figure how to live in these fire-prone places so they don’t have disasters. What we need are stronger building codes. And that’s the analogy to earthquakes.”

All of California is covered by a uniform building code aimed at making sure structures can stand up to earthquakes. Retrofitting can also be required. That’s true whether the region has faults or not.

But tough code requirements to protect against wildfires are spotty. They’re imposed only in places the state deems fire-prone. And the state doesn’t always get it right. One example: some of the wine country around Santa Rosa two years ago.

Wildfires should be treated with the same respect and fear as California’s ages-old menace, earthquakes.

‘Revolting’: Trump Gets Holy Hell On Twitter For Using Bible As Photo-Op Prop