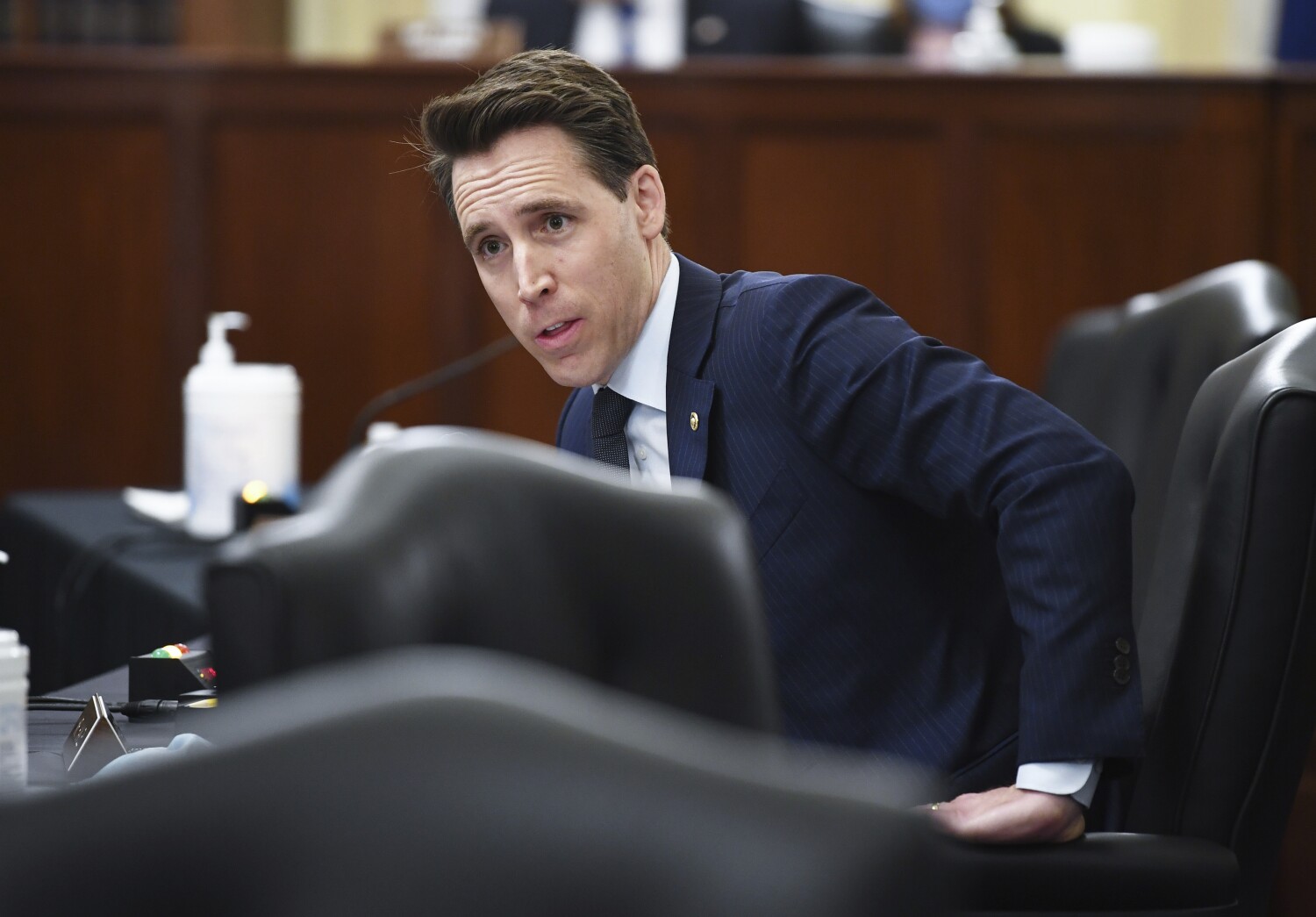 Nearly 50 years after the Supreme Court’s Roe vs. Wade decision legalized abortion rights nationwide, conservatives believe they are on the cusp of a court majority that would reverse the decision. A freshman Republican senator wants a guarantee.

Sen. Josh Hawley of Missouri, a rising Republican star, says he won’t vote for any nominee who doesn’t have a written record absolutely proving she believes Roe was wrongly decided.

7:29 AM, Sep. 25, 2020An earlier version of this story incorrectly said Sen. Hawley insists that a nominee’s record show a previous commitment to overturning Roe v. Wade. The senator is demanding that a nominee have a record of opposition to Roe, but not an explicit commitment to vote to overturn the decision.

His position reflects years of frustration from conservatives who have seen Republican nominees to the court, including former Justices Anthony M. Kennedy and David H. Souter and current Chief Justice John G. Roberts Jr., vote to keep Roe in place.

But his move, first announced over the summer, could upend decades of political strategy in which Republicans told potential nominees to be coy about their position.

Hawley’s insistence on making a nominee go on the record could complicate the Senate’s path to confirming whichever nominee President Trump puts forward. Trump has said he’ll name his choice on Saturday.

“Republican elected officials have been promising for years to appoint pro-life judges to the bench,” Hawley said in a brief interview. “And over and over, we see judges get appointed, they turn out not to be for life when it really comes down to it. So I just gave voice to what people have been saying for years and a deep frustration they feel.”

The majority of recent Supreme Court appointments — 10 of the last 14 justices confirmed — have been made by Republican presidents who ran on platforms opposing Roe. The math suggests that the court should have had a slew of antiabortion rulings. And yet, the court’s most recent major decision on the subject, in June, struck down a Louisiana law restricting abortion rights and reinforced limits on the antiabortion regulations states can enact.

“As conservative Republicans, as social conservatives, we need to expect Supreme Court justices to understand the significance of Roe, that they understand why Roe was wrongly decided and that there’s some evidence of that understanding and acknowledgement on the record.”

Hawley’s move challenges conventional Washington wisdom. For decades, Supreme Court appointees artfully have dodged questions by saying they can’t talk about any specific issue that could come before them in a case.

Hawley’s insistence that he’ll no longer accept that sort of answer faces skepticism from fellow conservatives. It has the potential to galvanize both conservative and liberal voters in the weeks before the November presidential election.

A nominee’s commitment to opposing Roe has to be on the record and come before the nomination, Hawley says. If Trump’s appointee doesn’t have a clear history, he will ask about it in the confirmation hearing, he added.

The answer could have high stakes.

Senate Majority Leader Mitch McConnell (R-Ky.) appears to have the support of 51 Republicans who say Trump has the right to appoint a justice now even though many of them blocked a hearing on President Obama’s nominee in 2016, saying then that the choice of which president should fill the seat should be up to voters in the election.

If a candidate doesn’t meet Hawley’s conditions — and Hawley threatens to vote no — it could upend the nomination. Social conservatives would likely balk.

Hawley says he’s bringing to the fore a conversation that has taken place in backrooms. He chastised the “private assurances” that Republican senators have gotten in the past in order to get through a confirmation hearing.

“This whole stealth approach has not served conservatives well, and I’m not in favor of it,” he said.

Democrats who support abortion rights say they welcome transparency, even if they stringently oppose Hawley’s objective.

Sen. Mazie Hirono (D-Hawaii) said she’s confident that any Trump appointee would oppose abortion rights. Appointees “never come and tell us because they are advised, of course, never to say anything about any position,” Hirono said.

“You know what I say to that?” she added, answering her own question with an expletive.

Some of Hawley’s fellow conservatives are skeptical of imposing his explicit litmus test on nominees and worry that it would only set up a barrier for conservative jurists.

Still, Cramer said he trusts Hawley, who clerked for Roberts at the Supreme Court and is on Trump’s latest list of potential Supreme Court appointments.

“I would worry about that, but Josh is so much smarter than me. I know he has it figured out.”

Sen. Ted Cruz (R-Texas) similarly said that “I don’t think the right way to approach Supreme Court nominations is a litmus test on any particular decision.”

The explicit question has the potential to energize conservative voters who have placed the judiciary and abortion rights at the top of their priority list, particularly with a vote expected in the Senate just days before the November presidential election.

But it could similarly energize liberal voters who care about abortion rights and, in the wake of Justice Ruth Bader Ginsburg’s death, have become increasingly concerned with the courts and future rulings on abortion rights and the Affordable Care Act.

Tony Perkins, president of the conservative Family Research Council, welcomed Hawley’s test and said there were too many unknowns with Republican-appointed judges in recent history.

“You’re almost sticking your hand in a barrel blind to see what you come up with, and most of the time it’s not a prize,” he said.

Hawley’s move marks the latest shift from the GOP and the antiabortion movement. Once skeptical of putting a spotlight in judicial hearings on overturning Roe for fear of a backlash, they have fully embraced it.

Trump as a candidate pledged to appoint “pro-life” judges, a label that implies a judge who believes Roe was wrongly decided. The promise helped spur support from social conservatives who had been skeptical that the onetime supporter of abortion rights would advance their cause from the White House.

Of the two judges who are believed to be Trump’s finalists for the nomination, Hawley said that appeals court Judge Amy Coney Barrett of Indiana clears his hurdle with no question. He said he hasn’t yet seen enough from appeals court Judge Barbara Lagoa of Florida to make a decision on her record.

Perkins said he has “concerns” about Lagoa, citing a shorter judicial record and the fact that she got 80 votes at her Senate confirmation last year — a fact that in an earlier era would have been considered a plus for a nominee, but which conservatives now see as a troubling signal of moderation.

In a Small Alabama Town, Suddenly All Politics Is National