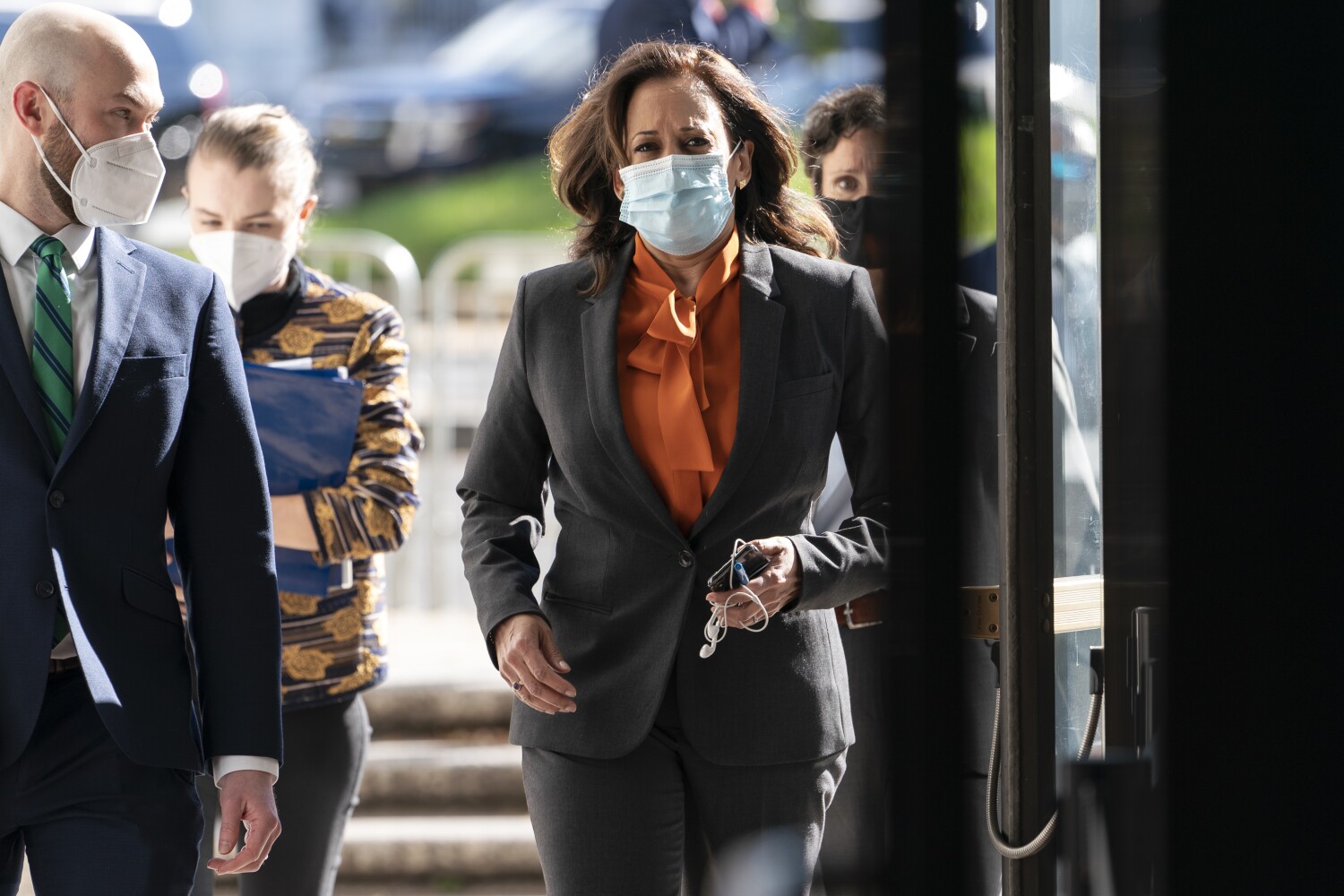 Two people on Kamala Harris’ campaign plane — her communications director and a flight-crew member — have tested positive for coronavirus, upending the campaign’s travel plans in the final weeks of the contest.

Campaign officials said that although Harris has tested negative and was not in close contact with either of the people who tested positive, they will cancel her in-person campaign events until Monday.

Presidential nominee Joe Biden’s schedule is unchanged because he has had no contact with the infected staff members. He will attend a televised town hall meeting Thursday evening, as planned, campaign officials said.

“Senator Harris was not in close contact, as defined by the CDC, with either of these individuals during the two days prior to their positive tests; as such, there is no requirement for quarantine,” the campaign said in a statement, noting that Harris was never within six feet of either of the people and that she and all staff members flying on her campaign plane wear N-95 masks.

“Regardless, out of an abundance of caution and in line with our campaign’s commitment to the highest levels of precaution, we are canceling Senator Harris’s travel through Sunday, October 18th,” the statement said. Harris “will return to in-person campaigning on Monday, October 19th” and conduct virtual events in the meantime.

“This is the sort of conduct we have continuously modeled in this campaign,” the statement said.

Harris had been scheduled to travel North Carolina Thursday, when early voting begins in the important battleground state, and Friday to Ohio, where early voting has already begun.

Her husband, Doug Emhoff, had been scheduled to travel to Minnesota today with Biden’s wife Jill, and on his own to Iowa Friday and Georgia on Sunday. The campaign said his Thursday events had been canceled, but he would resume campaigning on Friday as he had no contact with the people who have tested positive.

The diagnosis roils the campaign with less than three weeks until Election Day, a crucial time when Biden and Harris have been hoping to advance their closing arguments, mobilize their supporters and hold onto their sizable lead in national and battleground-state polls.

The news was announced by the Biden campaign two weeks after President Trump announced he had tested positive and was ill with COVID-19, a diagnosis that sent him to the hospital for three days. After Trump was released, he resisted restrictions on his campaigning. He invited a crowd to the White House lawn last Saturday, where he addressed them from the balcony.

After his doctor certified that he was no longer at risk of infecting others, Trump made in-person campaign appearances in Florida and Iowa.

Throughout the campaign, Biden has underscored the differences between the way he has taken precautions against infection and Trump’s more cavalier attitude. His campaign for months conducted only online campaign events and, once it started in-person events, sharply limited the number of people in attendance and resorted to car rallies to limit exposure. Media traveling with Biden and Harris have been subject to COVID testing and screening.

The campaign has been stepping up the pace of in-person campaign events as Election Day nears, and as more and more states have begun early and absentee voting. Earlier this week, Biden made appearances in Michigan to court blue-collar voters and Florida, where he addressed older Americans. Last week, Biden travelled to Pennsylvania, Nevada and Arizona, where he campaigned with Harris. Before that joint appearance, Harris was in Salt Lake City for her debate with Vice President Mike Pence.

Q&A: What happens now with the Supreme Court?

Much Of U.S. Scales Back On Holiday, But Trump Plans To Go Big