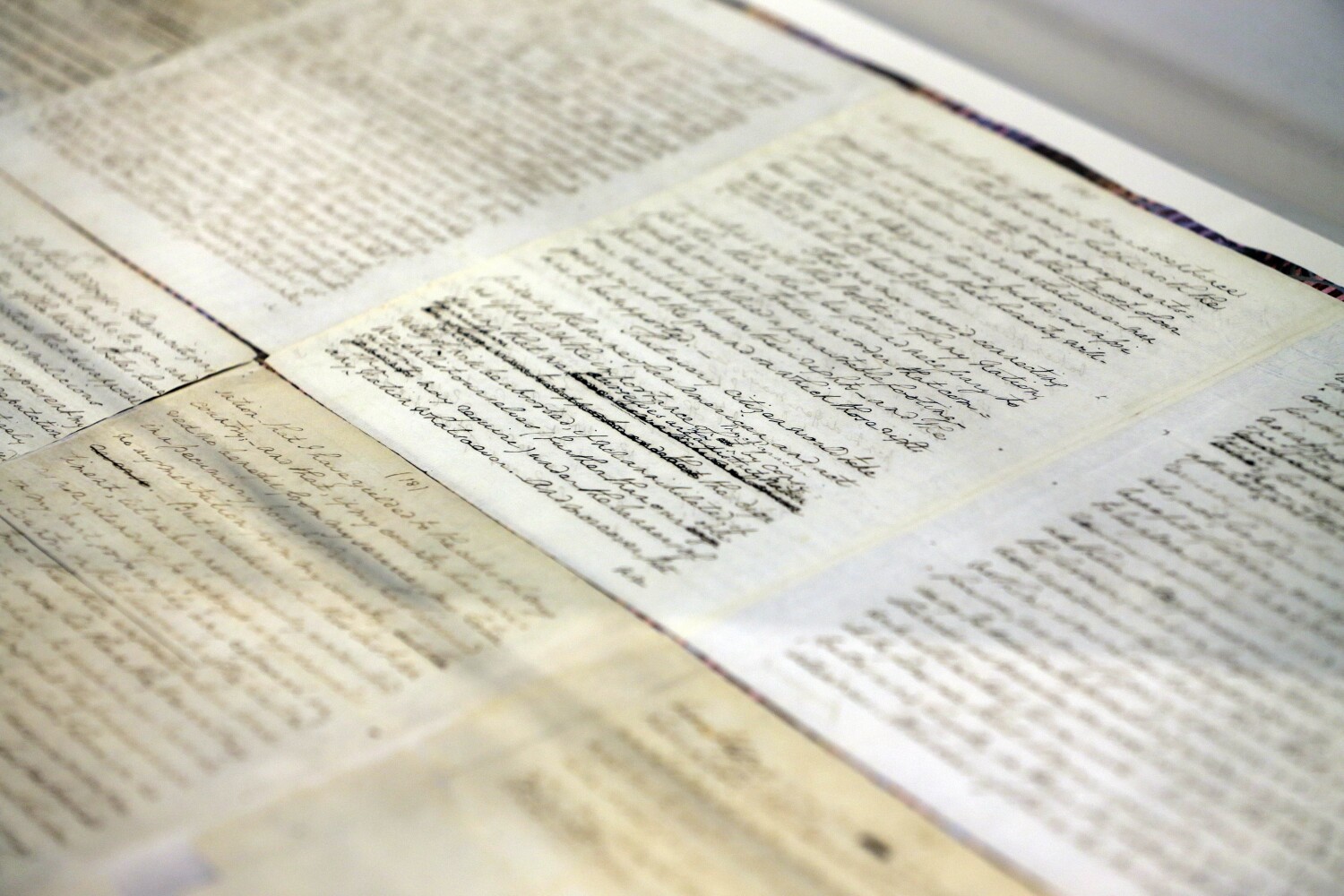 The founders seldom speak to me directly, but after the horrendous display of chaos during the first presidential debate and the coronavirus crisis in the White House afterward — a week in which American political history hit an all-time low — they were apparently aroused to break their customary silence. Why they chose to contact me is beyond my ken, though John Adams said they knew me best because of my incessant intrusions into their papers.

John’s grandson, Henry Adams, though not a founder, must hang out with them in heaven, for he began the proceedings as if he were master of ceremonies. A note of levity seemed like it might be welcome, he began, then observed that the Trump-Biden debate reminded him of his long-standing belief that the history of the American presidency was conclusive evidence that Darwin got it exactly backward.

Perhaps because of his senior status, Benjamin Franklin spoke next. He said that the presidential contest inspired him to revise his mischievous essay “Rules By Which a Great Empire May be Reduced to a Small One,” which he had aimed at Great Britain and now, sadly, must apply to the United States. He had only written the first line, which went like this: “Take care to elect a commander in chief who is a draft dodger, on record as believing that only fools and losers serve their country.”

Franklin then introduced George Washington, calling him “the foundingest father of them all.” I could not see Washington — we were not Zooming — but I’m certain he put on his spectacles before he read a passage from his farewell address:

“However political parties may now and then answer popular ends, they are likely in the course of time and things, to become potent engines by which cunning, ambitious and unprincipled men will subvert the power of the people and usurp for themselves the reins of government, destroying afterwards the very engines that have lifted them to power.”

Alexander Hamilton then rose to second Washington’s warning about demagogues, mentioning in a barely audible aside that he had actually drafted the farewell address for His Excellency, including the words just quoted. They shared their concern about the vulnerability of all republics to dictatorial takeovers, Hamilton adding that he was actually surprised that it had taken more than two centuries for the fateful day to arrive. He ended with a slap at Joe Biden, whom he described as “a comfortable banality” who should have mustered the courage to challenge Trump to a duel at the debate, as he would have done.

James Madison spoke next, in the same weak voice that caused those present at the Constitutional Convention in Philadelphia in 1787 to strain to hear him. It soon became clear that he blamed the nation’s current unhappiness on the failure of previous generations to do away with the electoral college, presumably because Trump never would have become president if the 2016 election had been decided by the popular vote.

Because Madison was instrumental in creating the electoral college, which now might be called the electoral albatross, he wanted posterity — which is to say us — to know that neither he nor the other delegates in Philadelphia ever believed in the awkward contraption, that it was a last-minute invention driven by what he called “the hurrying influence produced by fatigue and impatience.” The “Father of the Constitution” wants us to know that the electoral college has been an anachronism for over a century.

Thomas Jefferson had to be pushed forward, since he could not abide controversy, and much preferred the written to the spoken word. He forwarded a tweet (Steve Jobs apparently hands out iPhones in heaven): “My faith in the wisdom of the common man has been shaken by their vulnerability to misinformation in this presidential campaign. Prudence dictates that all high school graduates be required to pass the civics test currently required of all immigrants applying for American citizenship.”

“No, no, no!” It was Adams in his eruption mode, always eager to correct Jefferson. Given Trump’s encounter with the coronavirus, Adams observed, it was highly inappropriate to ridicule the poor man, suffering as he was from the potentially catastrophic disease that he had so boldly, if wrongly, dismissed.

“Given our heavenly location,” Franklin added, no doubt with a wink, “let me conclude our session with a prayer for the soul of our embattled, previously soulless colleague. Let us pray:

“Know that your sins will be forgiven at last
For they soon will reside in that place called the past,
We stand ready to greet you, though it will be a task.
Until then we request that you put on a mask.”

All the founders said, “Amen.”

Historian Joseph J. Ellis’ 1996 biography of Thomas Jefferson won the National Book Award. His book “Founding Brothers: The Revolutionary Generation” won the 2001 Pulitzer Prize for history. His latest book is “American Dialogue: The Founders and Us.”