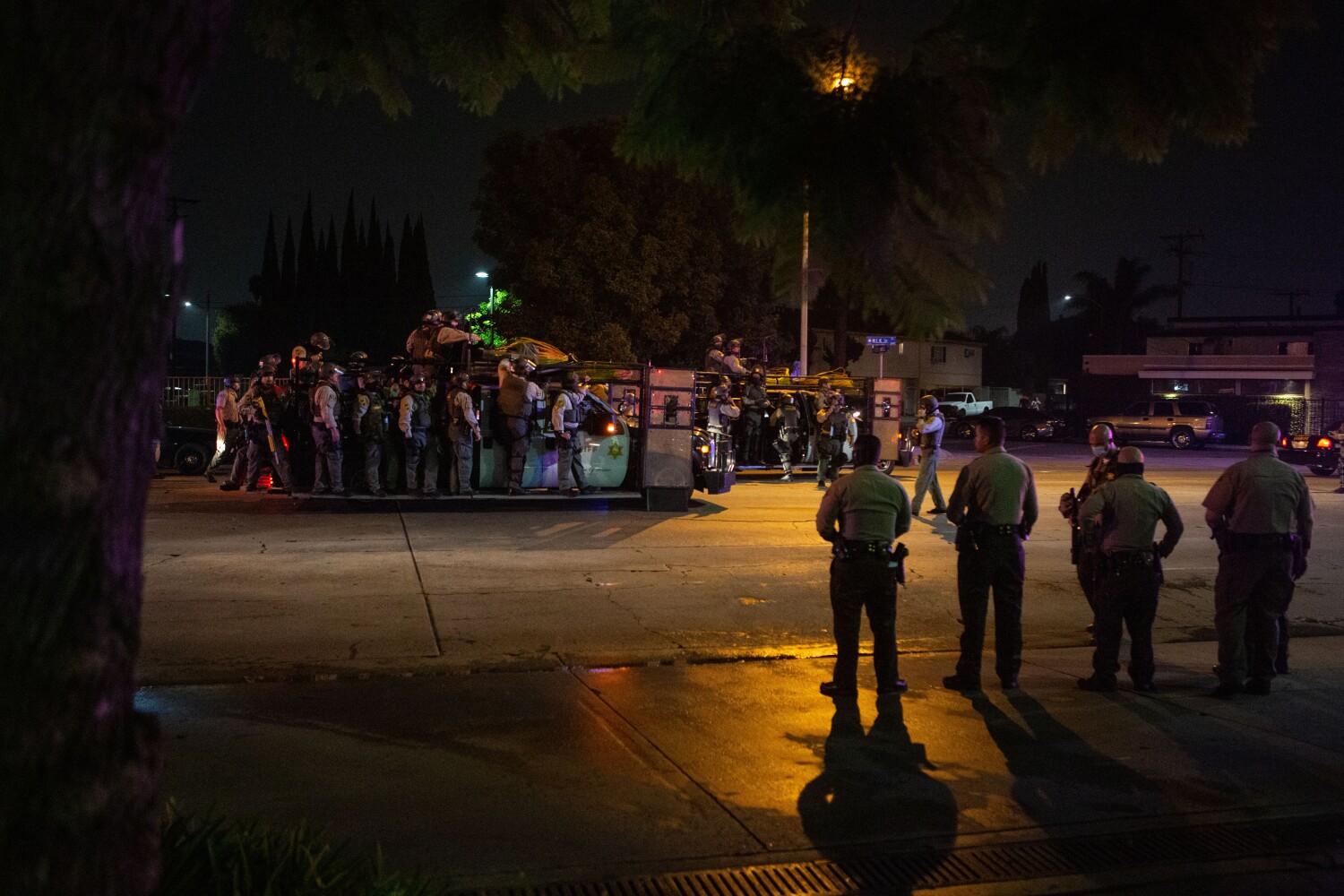 Gov. Gavin Newsom vetoed a bill that would have further protected journalists covering demonstrations from physical or verbal obstruction by a law enforcement officer.

The state Senate bill proposed to protect “a duly authorized member of any news service” from intentional assault, interference or obstruction from law enforcement. The bill also would have protected a journalist from citation over “the failure to disperse, a violation of a curfew, or a violation of paragraph” while reporting in an area closed to the public.

Newsom vetoed the bill Wednesday, the last day for him to take action on bills passed by the Legislature this year.

The governor’s veto message said that media access is “essential to a functioning democracy,” but he took issue with the definition of a “duly authorized representative of the news media,” calling it too broad a phrase that could allow “white nationalists, extreme anarchists or other fringe groups with an online presence” to be protected by the bill.

“Nothing in this section shall prevent a duly authorized representative of any news service, newspaper, or radio or television station or network from entering the areas closed pursuant to this section,” the law states.

Under the 1st Amendment, journalists have the right to cover public protests and demonstrations, which typically includes access to areas restricted to unauthorized individuals.

However, that right has not prevented law enforcement from arresting or challenging a journalist from doing their job.

The bill was proposed in February but has gained attention in recent months following news of several arrests of and assaults on journalists in the wake of protests and city curfews over the killing of George Floyd.

One of the most recent instances occurred last month when KPCC and LAist reporter Josie Huang was taken into police custody while covering a protest outside a hospital where two deputies were being treated for gunshot wounds.

Los Angeles County sheriff’s deputies slammed the public radio journalist to the ground and alleged that she had interfered in an arrest. Video shows her repeatedly stating her name and affiliation while wearing media credentials as she was detained by deputies.

Colin Powell Says He ‘Cannot In Any Way’ Support Trump, Will Vote For Joe Biden