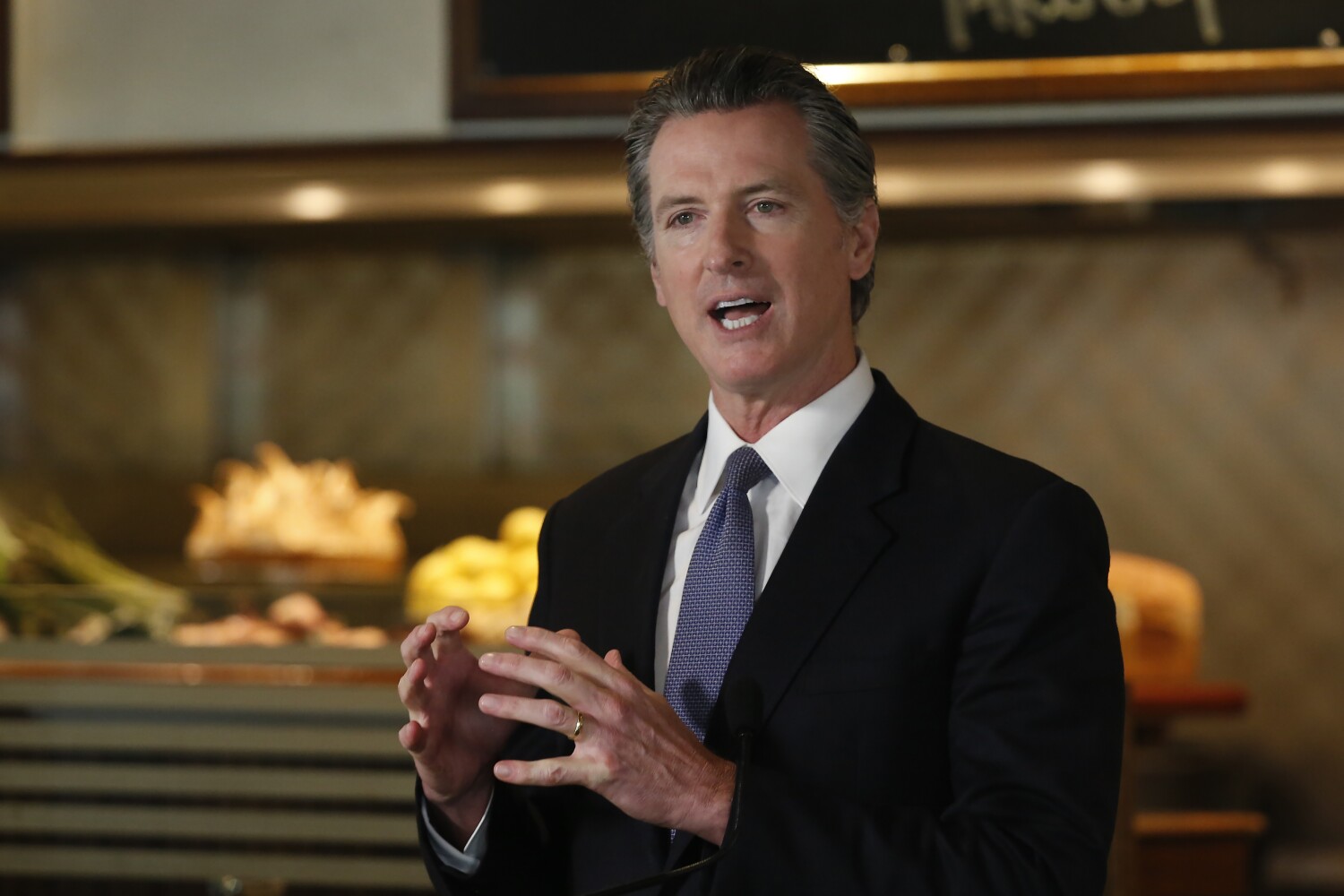 As COVID-19 cases in California continue to climb, and the death toll tops 5,000, Gov. Gavin Newsom on Monday defended his administration’s decision to allow counties to ease the stay-at-home order and other restrictions.

Newsom said COVID-19 hospitalizations in the state remain stable weeks after restrictions started to be modified, during a period that included the busy Memorial Day weekend, and maintained that the safeguards in place continue to effectively slow the spread of the novel coronavirus.

The governor said requiring residents to remain isolated would threaten their overall well-being, including physical and mental health and finances. More than 5.5 million Californians have applied for unemployment benefits during the pandemic.

“When you have people that are struggling and suffering with severe mental health and brain health issues, when people are not attending to their physical and emotional needs, those social determinants of health also must be considered,” Newsom said during a COVID-19 briefing Monday in Sacramento. “We have to recognize you can’t be in a permanent state where people are locked away — for months and months and months and months on end — to see lives and livelihoods completely destroyed, without considering the health impact of those decisions as well.”

Newsom in mid-March issued the nation’s first stay-at-home order, arguing at the time that the restrictions were necessary to slow the spread of the virus. The Democratic governor acknowledged the economic and public health consequences of a continued shutdown on Monday as he sought to justify his decision to allow businesses to open across California while deaths and confirmed cases are on the rise.

The governor said the willingness of Californians to heed that order ensured that the state’s hospital system would have enough capacity to care for those stricken with the virus. The shutdown period also allowed the state to procure enough ventilators and protective gear for healthcare workers should there be a surge in COVID-19 cases.

“We never made the case that the stay-at-home order was a permanent state. We wanted to buy time. We wanted to mitigate a peak and a spike,” Newsom said. “We ultimately wanted to save lives and prepare for a pandemic that needs to take its course until, ultimately, we have immunity, until we have a vaccine.”

Newsom has made it clear that adherence to the reopening standards is the responsibility of the counties — not the state — repeating his oft-used catchphrase “localism is determinative.”

“We put up guidelines, but guidelines don’t mean go,” Newsom said. “We put up guidelines that create a framework of how we believe we can reopen the economy safely, but we don’t prescribe when. We maintain because of the size, scope and scale of the state of California, that those decisions should be made with a local lens.”

Still, it was the Newsom administration that established the variance process in May, requiring counties to prove to the state that COVID-19 hospitalizations had stabilized and to ensure that medical centers, nursing homes and other essential services had adequate protective equipment and were prepared to accommodate and care for a surge in patients affected by the virus.

Thus far, the Newsom administration has allowed 52 of the state’s 58 counties to accelerate the reopening of their economies, including Los Angeles County, California’s biggest COVID-19 hot spot, with more than 2,900 confirmed deaths out of the roughly 5,083 reported statewide.

Dr. Mark Ghaly, secretary of California’s Health and Human Services Agency, said the Newsom administration is assisting 13 counties that have exceeded criteria set by the state to address the pandemic, including thresholds for hospitalizations and positive COVID-19 tests.

The counties being monitored by the state include Los Angeles, Fresno, Imperial, Kern, Kings, San Joaquin, Santa Barbara, Tulare and Ventura. State health officials also contacted four other counties that missed a state COVID-19 threshold on at least one day, but they have not been placed on the state’s official monitoring list.

Ghaly said the Newsom administration is working with health officials in those 13 counties to ensure they receive state support, whether that means sending additional healthcare workers or ventilators or moving COVID-19 patients to other counties.

“These 13 counties, for one reason or another, we have a little bit of concern about the data, and we feel like early and frequent engagement around what’s going on locally with that added support at the state level — whether those are staff or ventilators or helping move some other patients into other counties to make sure that Californians get the care they need.

“We’re getting in front of issues early and trying to help support counties so that as we look to reopen, we stay very vigilant around the data points that matter, and we can support counties,” Ghaly said.

Newsom on Monday also urged Californians to remain personally vigilant in stopping the spread of the coronavirus by continuing to socially distance, wear face coverings and frequently wash their hands. He warned of the possibility of a second wave of the virus in the fall and potentially in the spring, similar to the 1918 Spanish Flu pandemic, which eventually killed 675,000 in the United States and an estimated 50 million worldwide.

“It’s our decisions that determine our fate and future,” Newsom said.

How long does coronavirus live on clothes?

Summer Camp Canceled Because of Coronavirus? Not for These Hamptons Homeowners