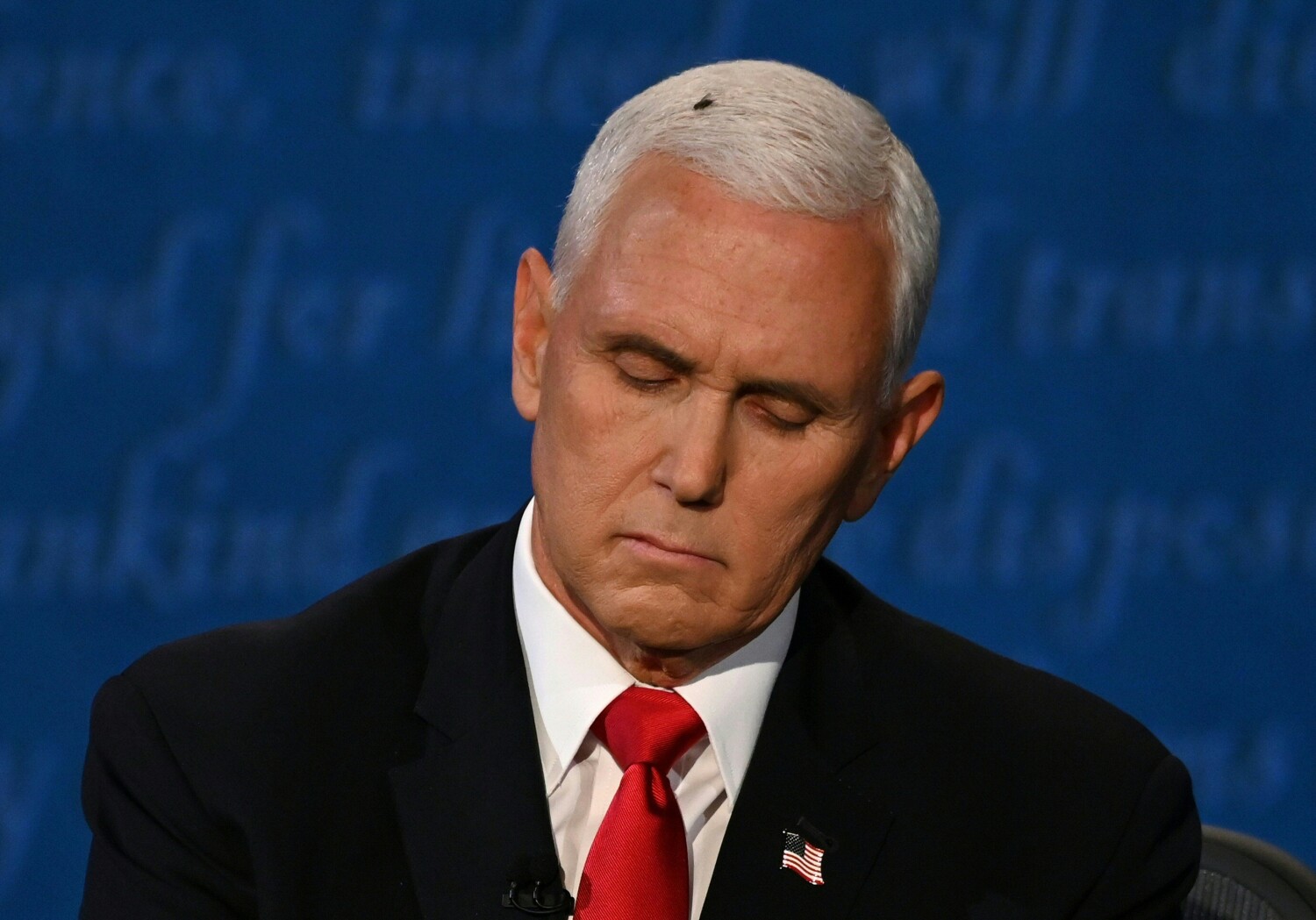 During the vice presidential debate on Wednesday, many Twitter users were fixated not on the arguments — but on a fly that landed on Mike Pence’s head.

It quickly gained celebrity status. By the end of the night, it had its own Twitter account with 50,000 followers.

But Twitter users’ first fixation was on Pence’s left eye. The eye was red from the moment he took his seat behind a plexiglass barrier.

It prompted some on Twitter to question whether it was “COVID eye” — better known as conjunctivitis or “pink eye.”

Some Twitter users were quick to point out that Pence was among more than 100 people who attended the announcement of Judge Amy Coney Barrett’s Supreme Court nomination in the White House Rose Garden almost two weeks ago.

It’s unclear what was really going on with Pence’s eye. His team did not immediately respond to a request for comment.

But it was the fly that emerged as the biggest star of the debate. It appeared for a time to be stuck in Pence’s hair — 2 minutes and 3 seconds to be exact, according to one reporter, Ian Cull — until it finally flew away.

“He had a bloody eye and a fly on his head,” Anderson Cooper said on CNN.

Following the debate, a $10 “Truth Over Flies Fly Swatter” appeared in the Joe Biden store.

How police reform was derailed in California this year

Schools Across U.S. Wonder How To Social Distance With Meager Budgets