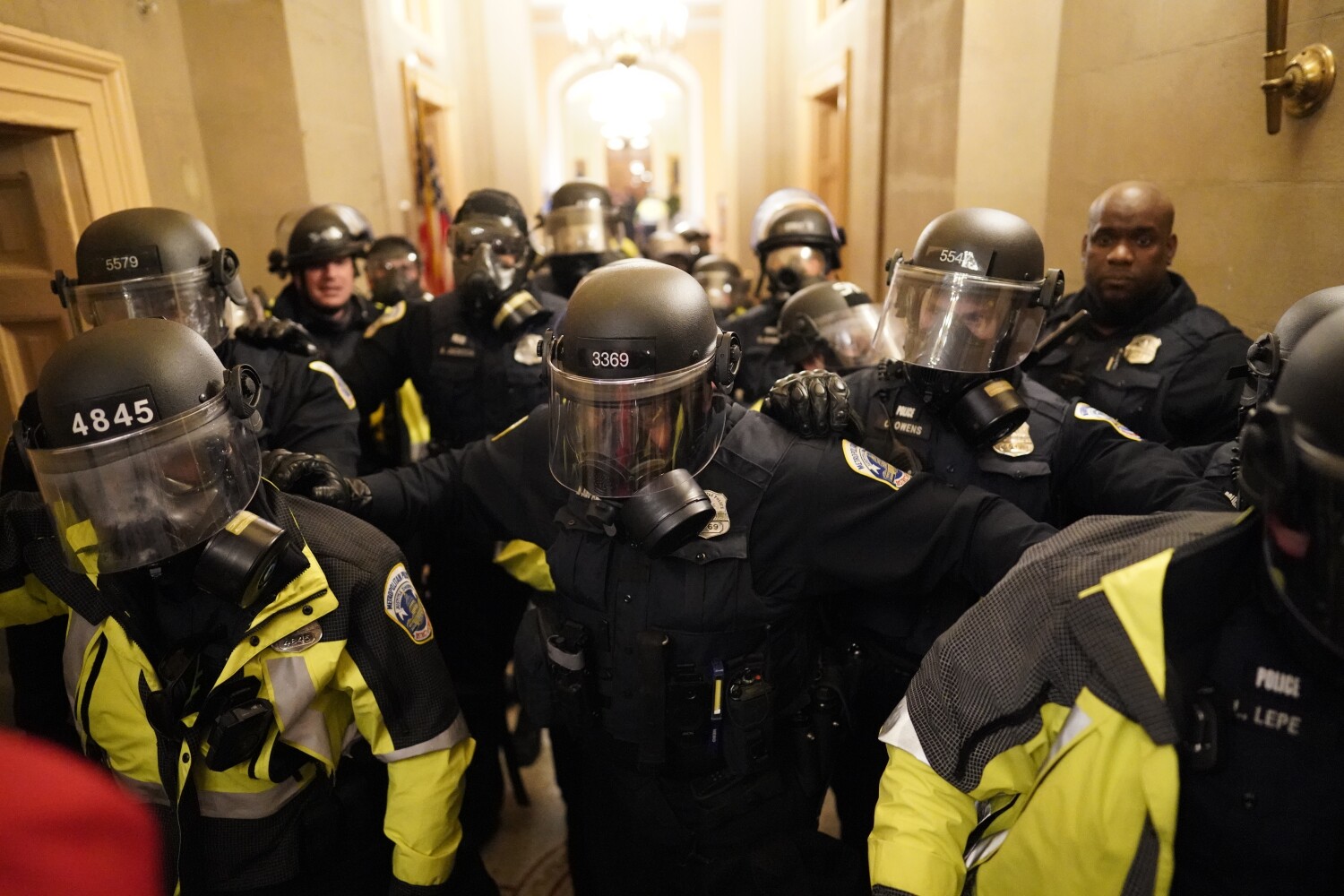 The riotous assault on the U.S. Capitol that left five dead and nearly paralyzed the federal government has spurred congressional leaders to demand a “robust” inquiry into the “mind-boggling” failure of national security.

Yet congressional leaders need not look far for accountability. Congress itself is both client and overseer of the U.S Capitol Police — a secretive agency whose procedures and actions have been kept under wraps for decades by lawmakers themselves.

A force of more than 2,000 sworn officers, the Capitol Police are accustomed to Washington’s large demonstrations and crowds, but appeared unprepared for an insurrection that was openly discussed on social media in the days leading up to Wednesday’s riot. The lackluster response has also reignited a discussion about racial bias in policing — a matter the force has dealt with internally for years.

A high-ranking law enforcement official — not authorized to speak publicly to the press — said the agency’s missteps were “a failure of planning, not intelligence.”

A Capitol Police union representative faulted those at the top, including Police Chief Steve Sund, saying poor communication was part of a larger pattern of mismanagement that endangered officers.

The pandemic may have also played a role, but it’s unknown how many officers were suffering from COVID-19 or under quarantine at the time.

Little is known about how the Capitol Police operate, despite their ubiquitous presence on Capitol Hill. Congress has exempted the agency from the Freedom of Information Act, preventing the public from requesting records — unlike with other agencies, such as the FBI. The force has its own inspector general, but the office does not make public its investigations or reports.

Inspector General Michael Bolton told Congress in 2019 that “protecting and securing the Capitol complex from terrorists and weapons of mass destruction while at the same time protecting Congress and its staff and welcoming the public continues to be a major challenge.”

His office made a series of recommendations to the Capitol Police, including boosting counter-surveillance and securing entry points. Bolton and his staff did not respond to requests for comment.

In an email, Anna Hansen of the House Committee on Appropriations — one of four congressional panels tasked with overseeing the Capitol Police — noted that a measure adopted before Wednesday’s events will kick in later this year and require Bolton’s office to review the last three years of its work to see which of reports “could” be made publicly available without compromising safety. However, the new policy stops short of actually making those reports public.

Rep. Zoe Lofgren (D-San Jose), who chairs the Committee on House Administration, declined to comment on her committee’s oversight role of the Capitol Police, including transparency measures long proposed by open-government advocates.

Capitol Police have provided little insight into what happened Wednesday outside of a brief statement from Chief Sund, who will resign Jan. 16.

Eva Malecki, communications director for the Capitol Police, did not respond to questions or provide a comment to The Times about the agency.

Staff also declined a request for reports of the 14 arrests officers made Wednesday.

Videos shared widely on social media showed hundreds of identifiable people trespassing and damaging House and Senate offices while some officers retreated or stood by, spurring concerns of disparate policing for the predominantly white crowd compared with the aggressive strategies deployed by police during Black Lives Matter protests over the summer.

“You have to wonder to what extent there was some sympathy among some of the law enforcement officers that they allowed this to happen,” Smith said, noting the Capitol Police’s own fraught race relations within its ranks and with D.C. communities.

Former Officer Theortis “Butch” Jones, who served from 1973 to 2009 with the agency’s Capitol Hill contingent said complaints of racial discrimination within the ranks were continually ignored and resulted in retaliation against Black officers like himself.

“I would tell people of color not to drive up Capitol Hill,” Jones said, referencing traffic stops by the Capitol Police he felt were disproportionately leveled at the district’s Black residents.

Jones was among those who formed the U.S. Capitol Black Police Assn., which led a class-action lawsuit against the agency in 2012 for widespread discrimination. He participated in a historic lawsuit outlining similar grievances by Black Capitol Police officers in 2001.

A review of arrest data by Demand Progress — a nonprofit that has pushed the Capitol Police for greater transparency — found that a bulk of arrests typically occurs outside of Congressional working hours and outside the Capitol. The force has an agreement with the District of Columbia’s Metropolitan Police Department that extends its jurisdiction past the Capitol and its grounds and into surrounding neighborhoods.

“They’re spending time knocking over people for smoking pot or people being homeless at Union Station,” Demand Progress Director Daniel Schuman said. It’s unclear why the agency is conducting low-level arrests that don’t appear to have a direct link to its primary duty, he said.

With a budget of $515 million the Capitol Police would easily dwarf most municipal police departments. By comparison, Washington’s Metropolitan Police Department was funded at $559 million with almost twice the officers.

Although national conversations about policing have spurred the adoption of greater transparency measures such as body cameras, Schuman said, the Capitol Police have resisted basic practices like reporting arrest information — something the agency began doing in a limited format only in December 2018.

Schuman also noted that attempts to pinpoint what went wrong on Wednesday are difficult because the agency’s standard operating procedures are also kept secret.

“This is an insular system where it’s all about protecting the members,” Schuman said. “It takes a giant scandal like overrunning the Capitol before members start to rethink that relationship.”

The few glimpses the public gets into the inner workings of the force is when the agency errs publicly. Then-Police Chief Kim Dine was brought to testify to Congress in 2015 after a series of lapses involving former Secretary of State Henry Kissinger and firearms that were left in a Capitol bathroom by officers.

Outside of those hearings, Congress has more or less ignored repeated calls to bring the Capitol Police in line with other law enforcement agencies when it comes to basic transparency.

“It’s on Congress to make sure they’re providing oversight of the Capitol Police,” said Melissa Wasser of the Project on Government Oversight. “It hasn’t been made a priority.”

Trump urges K-12 schools to reopen. Others aren’t so sure