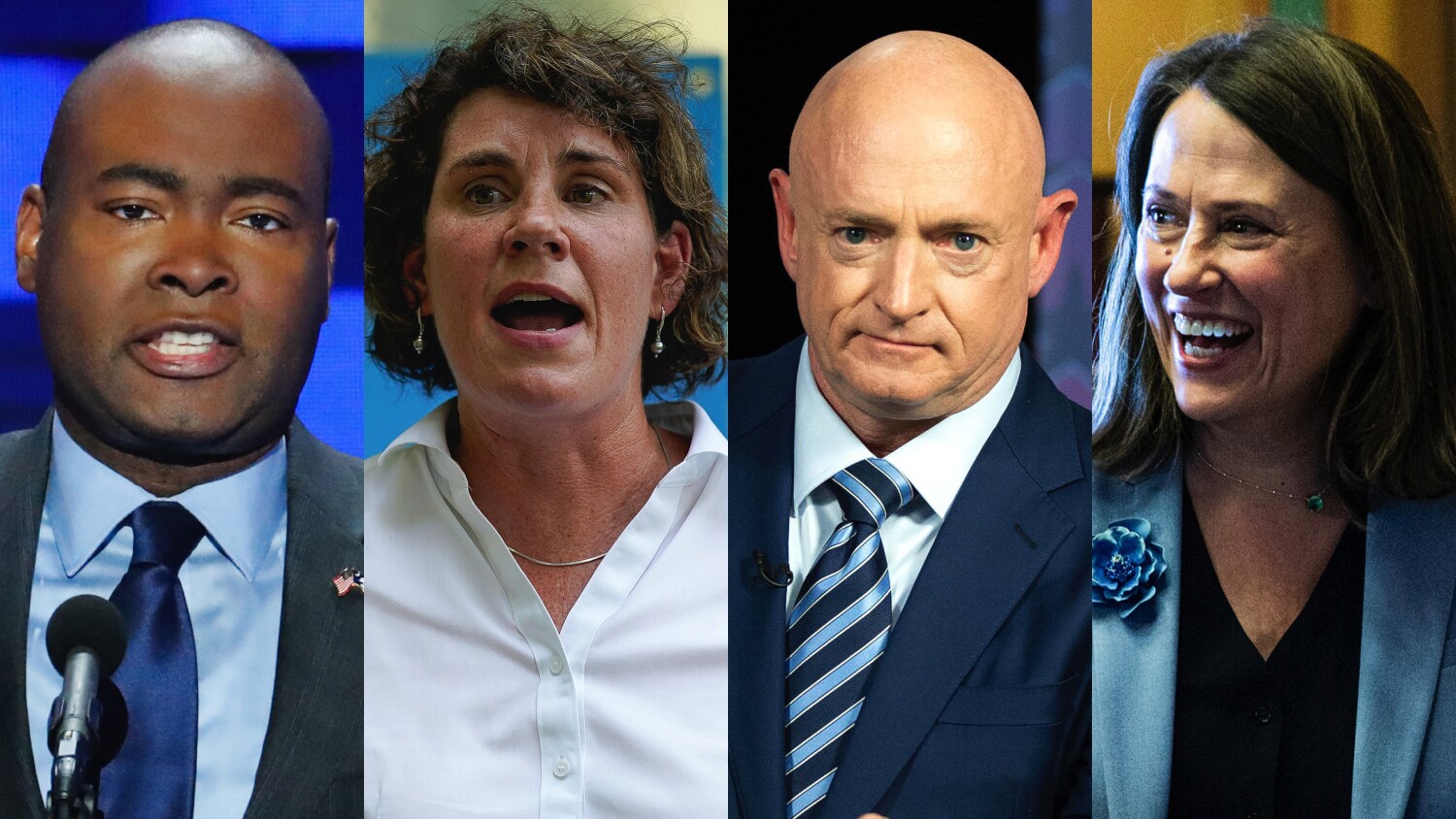 Democrats have a new dilemma as election day approaches: They are running out of places to spend their mountains of cash.

Fundraising for the party’s Senate candidates — even some in GOP strongholds — has so exceeded expectations that party operatives are rushing to rewrite their budgets and expand their reach.

Republicans are scrambling to keep up. A bidding war for the limited time slots left in the last three weeks of the campaign has driven up the cost of television advertising to astronomical levels. Democrats are so well-funded in the most hotly contested states that some groups aligned with them are decamping to take the fight deeper into GOP territory.

“We’re reaching a point where there is nothing left to buy in some of these states,” said Mike Madrid, a leader of the Lincoln Project, a group of Republicans working to defeat Trump and several of his GOP allies in the Senate.

Harrison raised more than double Graham’s haul. The Democrat’s campaign is buying so much advertising that the cost has become too high even for Madrid’s well-funded group. The same happened in Maine, where Democrat Sara Gideon’s $39-million haul was more than five times the amount Republican Sen. Susan Collins raised.

“The amounts are so insane that it is getting to the point of what do you even do with it all?” said Anthony Corrado, a professor of government at Colby College in Maine. He said the two Senate candidates in his state have already raised more in this race than every candidate for Senate and House in Maine combined over the last 20 years.

“It is so far beyond the scope,” Corrado said. “The airwaves are completely saturated. I don’t even know if there is any more airtime to get.”

The energy is clearly on the Democratic side.

Between June 1 and Sept. 30, Democratic Senate candidates raised $386 million and GOP candidates raised $154 million, with Harrison raising the most of any Senate candidate in a three-month period ever, according to fundraising disclosures filed with the Federal Election Commission on Thursday. Much of it was through small donors, and much of the money flowed from California’s large number of political contributors.

“The pandemic has put the failures of the Republican Senate in full view of the American people,” said Rose Kapolczynski, a veteran Democratic consultant and longtime advisor to former Sen. Barbara Boxer. Donors have “realized, yes, we need to elect Joe Biden, but if we still have a Republican Senate, he’s not going to be able to make progress.”

The rush by Senate Republicans to confirm Trump’s nominee to the Supreme Court before the election has further galvanized millions of donors at a critical time, said Rob Stutzman, a GOP strategist critical of the president and who has a long history of working for California Republicans. “What motivates donors is grievance, and Democrats are particularly aggrieved,” he said.

The result is seven of the 10 most expensive Senate contests in American history are playing out right now, according to Advertising Analytics. Donors are spending not just on tight races but also in races that are symbolic, such as McGrath’s.

A giant bank account is not always an indicator of success — California gubernatorial candidate Meg Whitman lost by double digits in 2010 despite mounting one of the costliest campaigns in history. But in several races this year, it could tip the balance, Stutzman said. They include the Iowa contest between endangered Sen. Joni Ernst and Democratic challenger Theresa Greenfield. The $28 million Greenfield raised last quarter is more than quadruple what Ernst pulled in.

All that cash has campaigns moving beyond saturating TV and radio, and expanding into services for cord cutters and ads on social media platforms such as Instagram.

“There are limited vehicles to spend this money on, and all the good ones are gone,” Madrid said. “But you’ve got to spend it. Whatever anybody is selling, you take.”

His group is investing in growing the map, helping Democrats make inroads into ad markets where the GOP had not even anticipated it would have to compete. The Lincoln Project has joined other anti-Trump groups in moving into Senate races in Kansas, Montana, Alaska and Mississippi.

“I never imagined this is where we would be,” Madrid said. “We’re buying broadcast time in the Mississippi Delta.”

The Biden campaign, meanwhile, has so much money that it has launched a virtual reality experience. On Friday the campaign unveiled “Biden Island,” now open for players of “Animal Crossing” to explore.

The elaborate online community allows Biden enthusiasts to bring their avatars onto the island, where they can chat and snap selfies with a virtual Biden, deck themselves out in Biden swag and visit a cluttered campaign field office.

The Biden campaign, with a $383-million haul for the quarter — $125 million more than Trump’s campaign raised — has even extended its reach to gas stations. The screens on the pumps in some places will now feature messages from the former vice president.

Campaigns are pushing the boundaries of digital persuasion. In some states it can be hard to open certain gaming apps without seeing an ad from a Democratic Senate candidate.

Democrats are eager to guide voters who are seeking information about how and where to vote to a site the party built that walks them through all the details. As with television, bidding wars are erupting over the Google search market, with certain keywords in high demand.

Campaigns are also gearing up to unleash an unprecedented get-out-the-vote effort on the ground. South Carolina’s Harrison, in particular, is using the money to go after voters of color even more aggressively than usual.

“There is not a person in South Carolina who will not know who Jaime Harrison is and what he is for and what Lindsey Graham has not done in his time in office,” said Antjuan Seawright, a Democratic strategist in the state.

There are any number of other ways Democrats may spend those excess millions, some of which they won’t reveal until after the election.

But an advisor to former Montana Gov. Steve Bullock, the Democrat running for Senate whose $25.3 million haul last quarter more than doubled what the incumbent raised, is upfront about one thing as the cash rolls in: “It’s fair to say this campaign won’t end with any debt.”

More Protesters Across The Country Demand Justice For George Floyd

Swaths of people came out in Philadelphia, Salt Lake City and Fayetteville, North Carolina, joining the nationwide protests against racism and police brutality. Make Serious Money with Our Simple Business Plan! This Business Plan has […]