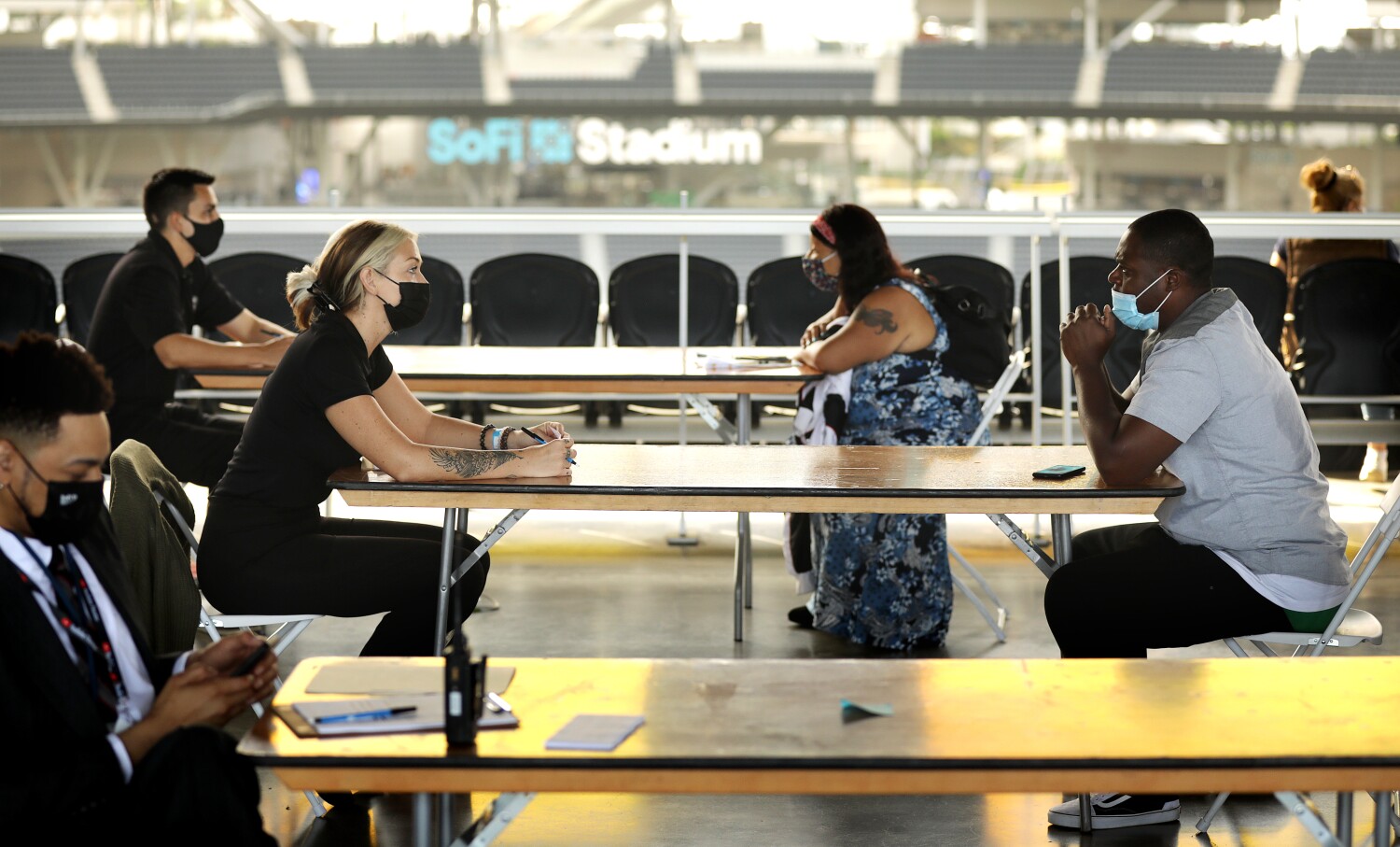 Employers across the country added a disappointing 199,000 people to their payrolls in December, closing out a pandemic-marred year in which the U.S. economy nonetheless gained some 6.5 million jobs and saw a dramatic drop in unemployment, the government reported Friday.

But the jobs number was less than half of what analysts were expecting for December. The Labor Department collected data in the middle of last month as the Delta variant was receding and the Omicron wave was starting to rise. So the full force of the latter may yet deal a blow to the labor market, limiting hiring and keeping workers on the sidelines in the immediate future.

And persistent high inflation looms as a major threat to real workers’ earnings and the broader economic outlook.

But for the present, many forecasters see solid hiring in the months ahead. This comes despite record numbers of Americans, especially those at the lower end of the earning scale, quitting their jobs in search of better opportunities.

By the end of 2022, economists expect the country to have recovered all of the 22 million jobs lost during the initial pandemic shock in 2020, with the unemployment rate falling back to 3.5% — a prospect unimaginable a year ago.

More than 3 million people reported they were unable to work because their employer lost business or closed down due to the pandemic. And another 1.1 million said they couldn’t look for work as a result of COVID-19.

The tight labor market has been giving workers more leverage, and many have been changing jobs, resulting in higher wages in many cases.

In December the average hourly earnings for all employees in the private sector rose 19 cents to $31.31 — an increase of 4.7% from a year earlier. Still, that hasn’t kept up with inflation, which jumped to a nearly four-decade high of 6.8% in November from the prior year.

Attendees at this weekend’s Conservative Political Action Conference (CPAC) in Dallas are certain they have a foolproof plan to get Donald Trump back in the White House in just a matter of days. However, the […]

Jan. 6 At The Capitol, As Told By The Photographers Who Were There

As Democrats continued their prosecution of Donald Trump in his second impeachment trial on Wednesday, they aired shocking footage for the jury of senators to show how the mob of the former president’s supporters attacked […]