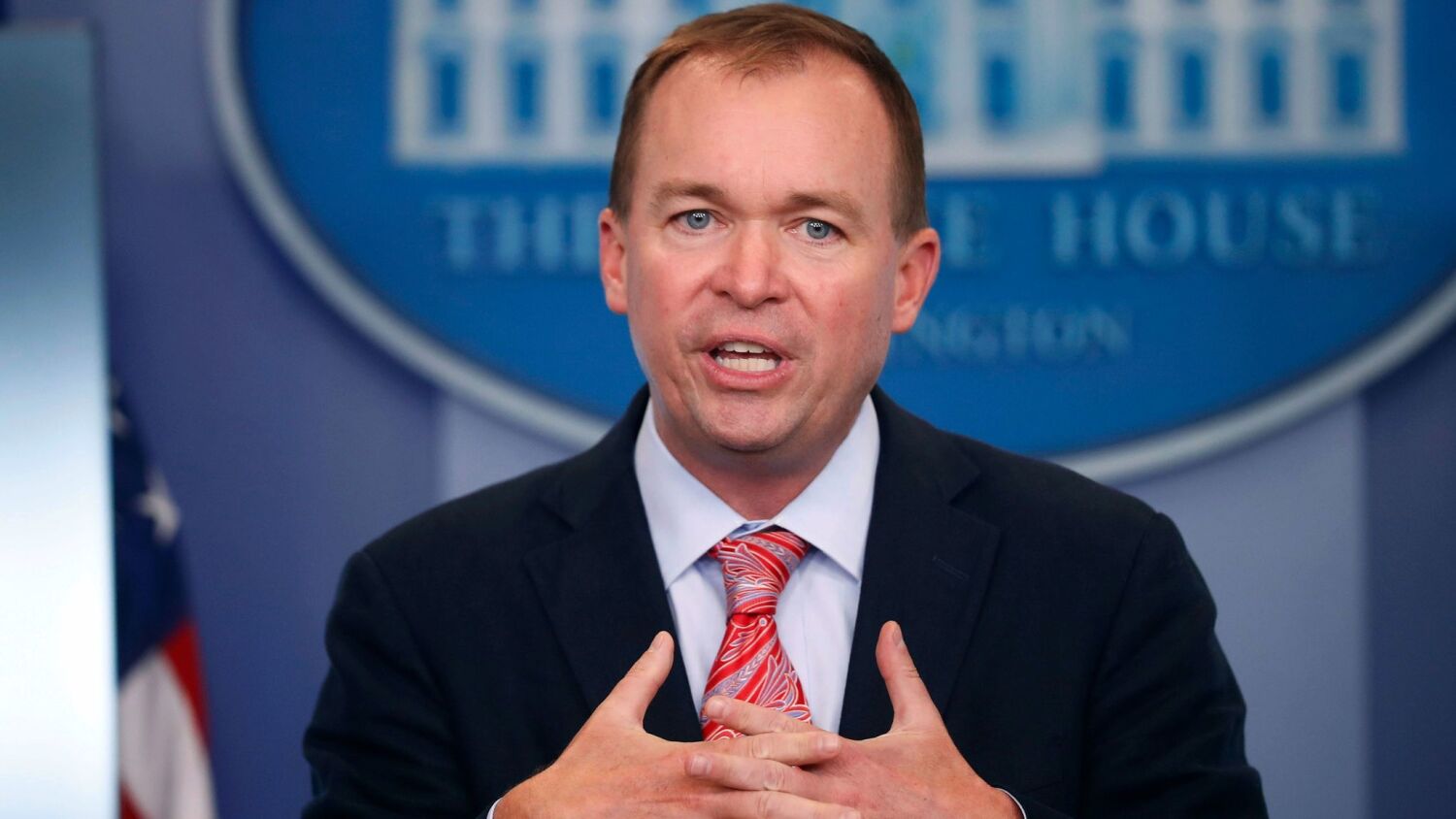 President Trump’s incitement of Wednesday’s mob attack on the U.S. Capitol has sparked the departure of several loyalists who had stuck with him through years of controversy and scandal.

Transportation Secretary Elaine Chao on Thursday afternoon became the first member of Trump’s Cabinet to resign, stating in a letter that the storming of the Capitol by a violent mob — “supporters of the president” — was “a traumatic and entirely avoidable event.” She implicitly blamed him, noting that they acted after the president addressed the crowd and urged them to fight to keep him in power.

“It has deeply troubled me in a way that I simply cannot set aside,” Chao wrote.

Chao, the wife of Senate Majority Leader Mitch McConnell (R-Ky.), said her resignation would take effect Monday. It came just hours after Mick Mulvaney, Trump’s former White House chief of staff and budget director, who has been serving as a special envoy for Northern Ireland, said he was departing on Thursday morning.

“I can’t do it. I can’t stay,” he told CNBC. He acted after recent events had refuted Mulvaney’s rosy prediction, outlined in a Wall Street Journal op-ed in November, that Trump “will concede gracefully” if he lost the election.

More departures are likely, according to several current and former administration officials.

Resignations have been rare in Trump’s orbit, despite the constant churn of hiring and firing that has characterized the president’s chaotic administration. Most of those who departed were pushed out or fired.

Top officials didn’t quit when Trump said there were “very fine people on both sides” during racist violence in Charlottesville in 2017, or when police attacked protesters in Lafayette Square so he could pose for pictures at a church near the White House in 2020.

Mulvaney said Thursday that some administration officials are reluctant to leave because they view themselves as a check on the president’s worst instincts.

“Those who choose to stay, and I have talked with some of them, are choosing to stay because they’re worried the president might put someone worse in,” he said.

But that hesitation appears to be evaporating with only two weeks left before President-elect Joe Biden is sworn into office and fewer people seeing any upside to staying in Trump’s good graces.

Trump’s role in encouraging his supporters to storm and ransack the U.S. Capitol on Wednesday drew harsh criticism from once-loyal members of his inner circle who have already left, such as former Atty. Gen. William Barr.

Barr issued a statement to the Associated Press saying “orchestrating a mob to pressure Congress is inexcusable,” and Trump’s actions were a “betrayal of his office and supporters.” Congress had been in the process of formally announcing Biden’s win when the rioters forced lawmakers to flee, delaying the process for several hours. One woman was killed during the melee.

“Everyone has to think about what they’re going to do to be consistent with the oath they’ve sworn when they’ve took their office, and there’s lots of different options for them to explore,” he said. “And I am sure that there are responsible members of the Cabinet who right now are thinking about what are their obligations under the oaths that they took.”

Some members of the White House staff had already headed for the exits on Wednesday after the riot. Stephanie Grisham, chief of staff for First Lady Melania Trump, and Sarah Matthews, a deputy press secretary, quit their jobs. Grisham’s departure was notable because she’s worked for the president since his 2016 campaign.

John Costello, the deputy assistant secretary for intelligence and security at the Commerce Department, announced his resignation on Thursday morning and harshly criticized Trump.

“The president has long disregarded and diminished the rule of law and the Constitution,” he said in a statement. “Yesterday, that culminated in violent sedition against the U.S. Congress for the purposes of overturning a legally recognized and valid election.”

Matt Pottinger, the deputy national security advisor who played a key role during the coronavirus crisis, also resigned, Bloomberg reported. So did Ryan Tully, another member of the National Security Council who worked on issues involving Europe and Russia.

Robert C. O’Brien, the national security advisor, reportedly considered stepping down. He voiced support for Vice President Mike Pence, who angered Trump by refusing to overstep his authority and block the formal announcement by Congress of Biden’s victory while he presided over a congressional debate that stretched into Thursday morning.

“He is a genuinely fine and decent man,” O’Brien wrote Wednesday of Pence on Twitter. “He exhibited courage today as he did at the Capitol on 9/11 as a congressman. I am proud to serve with him.”

Pence’s refusal to follow Trump’s lead marked a rare departure for the vice president, who otherwise had stood solidly behind Trump over the past four years through numerous other controversies.

The break with Pence was another sign of how isolated Trump has become, wrapped in a bubble of conspiracy theories about a stolen election and relying on a tightening circle of loyalists who indulge his delusions.

Acting Homeland Security Secretary Chad Wolf, the point person for some of Trump’s most controversial crackdowns on immigration and domestic disturbances, issued a statement on Thursday urging “the president and all elected officials to strongly condemn the violence that took place yesterday.”

Wolf said he would not quit before Trump leaves office, to ensure his department’s “focus remains on the serious threats facing our country and an orderly transition” to Biden’s administration.

Chris Krebs, who led election security efforts at the Department of Homeland Security before being fired by Trump, said Cabinet officials should consider invoking the 25th Amendment in an attempt to remove the president from office.

“Resigning might enable more crazy. Staying = complicity. Other officials can quit or ride it out,” he tweeted on Wednesday night. “My take? Start with #25A – we are in extraordinary times.”

The president was suspended from Twitter after voicing support for the mob, but the White House released a statement from him early Thursday morning in which he continued to make baseless allegations about voter fraud.

“Even though I totally disagree with the outcome of the election, and the facts bear me out, nevertheless there will be an orderly transition on January 20th,” Trump said. “I have always said we would continue our fight to ensure that only legal votes were counted. While this represents the end of the greatest first term in presidential history, it’s only the beginning of our fight to Make America Great Again!”

How the QAnon conspiracy theory is making its way to Congress