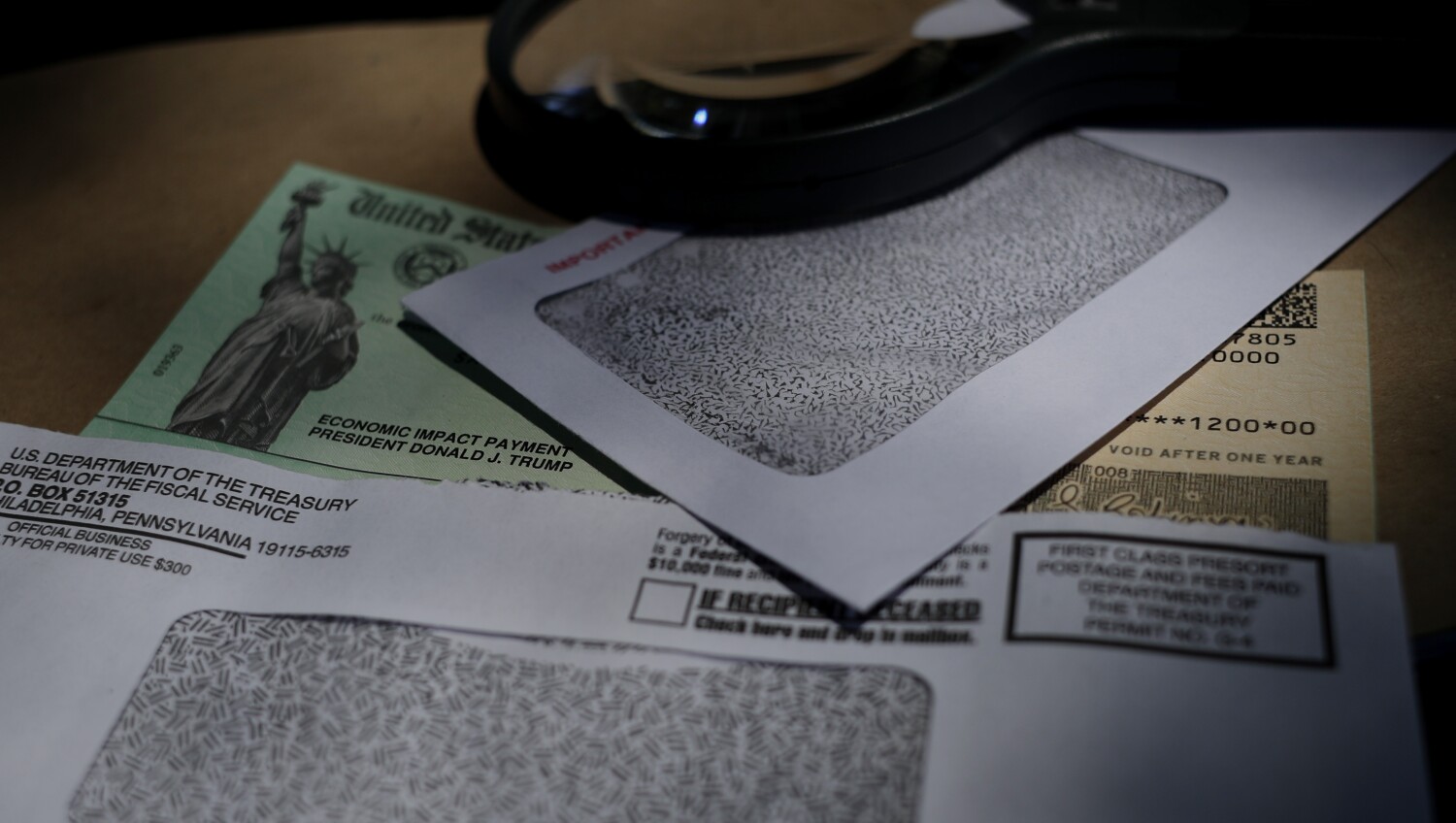 For months, incarcerated people across the country have received conflicting and confusing information about whether they can legally collect federal coronavirus stimulus funds, while the Internal Revenue Service flip-flopped on the question.

A federal judge recently made clear that those behind bars do qualify for the $1,200 checks, approved by Congress earlier this year as part of the largest economic aid package in U.S. history. U.S. District Judge Phyllis Hamilton ruled the decision to exclude them was arbitrary and capricious.

Ruling in favor of two Californians who brought a class action suit on behalf of other incarcerated or formerly incarcerated people, Hamilton found that nothing in the Coronavirus Aid, Relief, and Economic Security (Cares) Act prohibited those in jails and prisons from receiving the relief funds, and last week laid out detailed instructions for the IRS to make sure those entitled to payments have accurate information.

“It’s very clear that the IRS is in the wrong and they have to make these payments to incarcerated folks,” said Los Angeles-based civil rights attorney Lisa Holder, one of the lawyers on the case on behalf of the Equal Justice Society. “They don’t have any viable legal argument.”

The IRS initially had been sending payments to prisoners when the funding was first released earlier this year, but stopped in May after a report by the agency’s inspector general found that $100 million in payments had been sent to about 85,000 prisoners across the United States. The IRS subsequently created an internal policy banning payments to prisoners and instructed those who had already received the money to return it.

The agency also instructed prison officials to collect and return checks when they arrived, and advised that prisoners seeking the payments could be committing fraud.

In August, Colin Scholl, incarcerated at Salinas Valley State prison, and Lisa Strawn, a trans woman who was incarcerated at San Quentin until July, filed a lawsuit against the government on behalf of about 1.5 million incarcerated people nationwide, arguing that, as written, nothing in the law banned inmates from the money.

Hamilton agreed and issued a preliminary injunction in late September, ordering the IRS to resume payments for incarcerated people within 30 days and for both parties to work out details.

But the government and plaintiffs couldn’t come to terms on how to move forward. Last week, Hamilton stepped in, laying out further instructions for the IRS to update its website and customer service materials to remove cautions that prisoners did not qualify, and extending the time period for incarcerated people to complete necessary filings.

IRS spokesman Dean Patterson said Monday that the agency was closed for a federal holiday and that he was unable to immediately confirm if checks had resumed for incarcerated taxpayers. The IRS informed the court in filings that it is reserving the right to appeal the final ruling, which is expected in coming days, and asked for a stay on the preliminary injunction.

California Department of Corrections and Rehabilitation spokeswoman Dana Simas said her agency had previously collected and returned 124 checks issued earlier this year to state prisoners, but will resume allowing inmates to receive those funds, and provide information for others on how to complete forms required to receive checks.

“CDCR is in the process of distributing educational information through posters, sample forms, and other communications material for the incarcerated population on how they can submit their paper forms by the deadline,” Simas said in an email.

San Francisco attorney Yaman Salahi, another lead lawyer for the plaintiffs, said Monday that since the injunction, his firm has received 2,600 emails and more than 165,000 visits to a website, caresactprisoncase.org, with details for prisoners on how to receive the funds.

Salahi pointed out that many in prison are from low-income households and have families hit hard by both the virus and its economic impacts. That, he said, has left some prisoners with fewer financial resources for necessities such as phone calls and toiletries.

Incarcerated people “rely heavily on their loved ones on the outside for support, and those are the same people who are less and less able to provide that support during the pandemic,” he said.

Scholl, the Salinas Valley inmate, said in a statement that “the order communicates that we have value, that we have rights, and that itself is a win. All of us are hurting during the pandemic, like our friends and family on the outside.”

Voting a big challenge in nursing homes amid coronavirus

‘The Donald Trump Show’ is a crazy-making script