Colin Jost and Scarlett Johansson’s decision to go with a noteworthy name for their son took a little getting used to for one family member in particular.

The “Saturday Night Live” star revealed during an appearance on “Late Night With Seth Meyers” Thursday that his mom was “slightly thrown” by the couple naming their first child together Cosmo and that she “didn’t quite understand it.”

“I don’t know if she thought it was kind of like a hippie thing,” Jost quipped. “She would call us and say, after you know, like three or four days, she’d be like, ‘Cosmo.’”

“She’d be like, ‘And now is it final? Like, did you submit the birth certificate?’ And we’re like, ‘Oh yeah, we did that at the hospital,’” Jost said.

“She was like, ‘OK, interesting. Because I was reading that there’s also a name Cosimo with an ‘i,’ so that could also be an option. Maybe you call him Cosimo ― that’s his real name ― but then you can call him still Cosmo,’” he added. 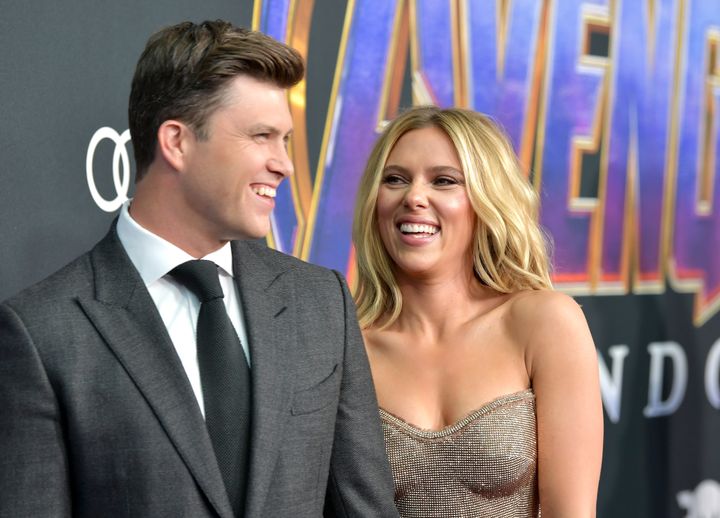 Jost said that his mom came around to the unique moniker once she met “various members of the Italian community who have a lot of Cosmo relatives.”

“Then she would call, and she would say, ‘I met someone. They said their uncle’s name is Cosmo. So it is OK,’” the “SNL” star joked. “Then she goes, ‘There’s a patron saint called Cosmos, so that’s another option.’”

Johansson and Jost decided to pass on that suggestion as well, as Jost joked that the two “don’t need more worse options or variants on Cosmo.”

The “Black Widow” actor and “A Very Punchable Face” author first met at “SNL” in 2006, though they didn’t reconnect romance-wise until 2017. The two dated for three years before getting engaged in 2019 and later tying the knot in October 2020.

Jost confirmed in August that the newlyweds welcomed their first child together. Johansson also has a daughter, Rose Dorothy, from her prior marriage to French journalist Romain Dauriac.

John Boyega made two things abundantly clear on social media Wednesday — he hates white-on-black racism and that’s not up for debate. The “Star Wars” actor found himself in a bizarre situation after speaking out […]

Chrissy Teigen On Not Being Able To Get Pregnant Again

In December of 2020, Chrissy Teigen shared that she’ll “never” be able to get pregnant again after the loss of her son Jack during pregnancy several months earlier. Frazer Harrison / Getty Images In an […]

Their wedding was super low-key. This weekend, the Girls creator tied the knot with boyfriend Luis Felber, per People. John Phillips / Getty Images Felber seemingly hinted that they were going to get hitched when […]