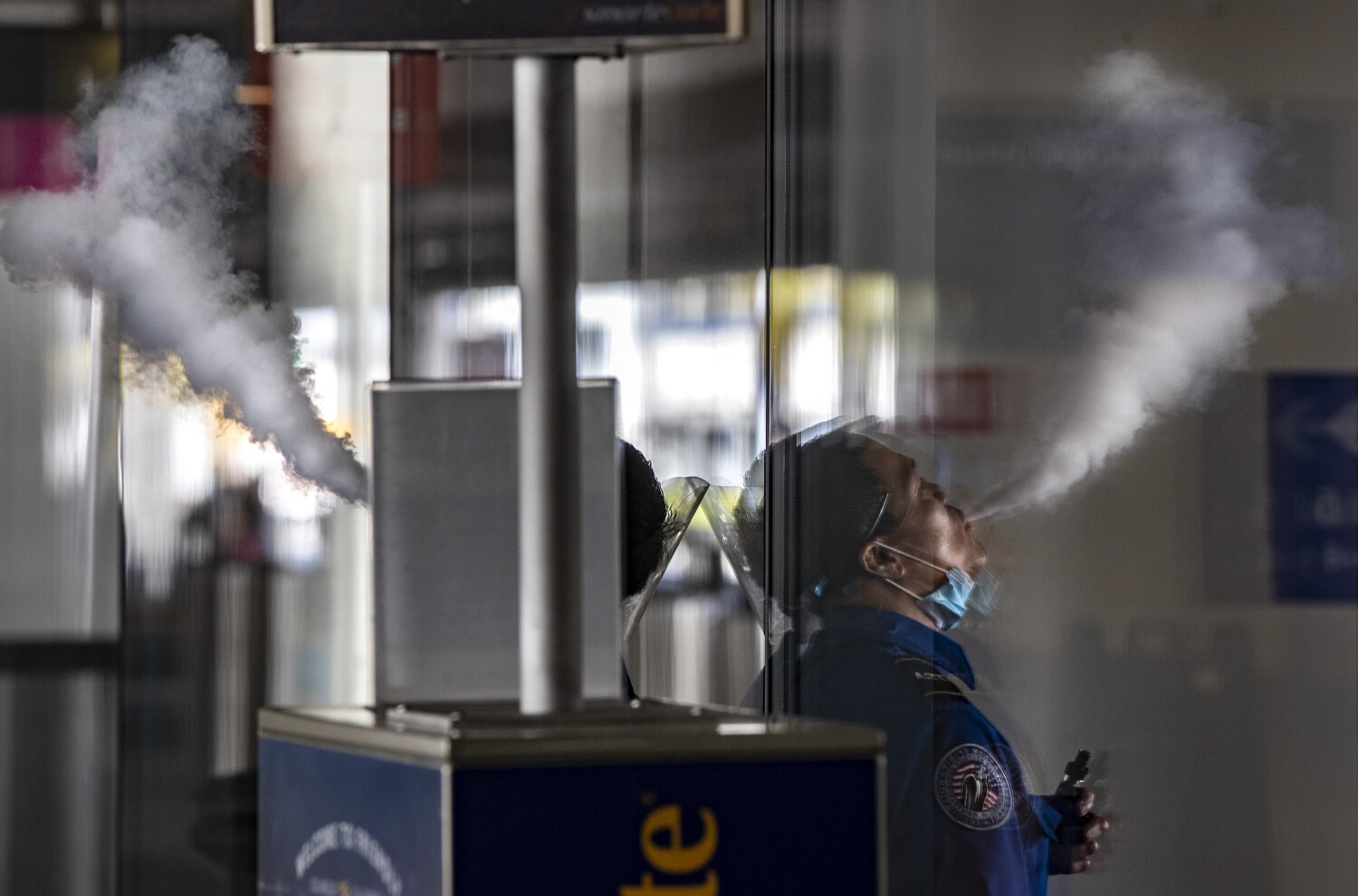 Amid concern over widespread teen vaping, Gov. Gavin Newsom on Monday approved a new 12.5% excise tax on electronic cigarettes to be paid by California consumers to boost public health and education programs.

The aim of the legislation is to discourage vaping by minors and bring taxes on e-cigarettes more in line with levies on other tobacco products, said state Sen. Anna Caballero (D-Salinas), who authored Senate Bill 395.

“Vaping has become increasingly popular despite the risks,” Caballero said. “This is especially evident among our youth, and made worse by the availability of youth-appealing flavors such as gummy bears and cotton candy.”

The senator said making vaping devices more expensive will reduce the number of purchases by those younger than 21, which is the age at which people can legally use tobacco products.

The new tax comes a year after the governor signed legislation to ban the sale of flavored tobacco products, including those used in electronic cigarettes, but that measure is on hold because the tobacco industry qualified a referendum on the law for the November 2022 ballot.

“We know that vaping products are more likely to be used by teens and young people than other forms of tobacco,” said Peter Bretan, a physician and president of the California Medical Assn.

In 2020, e-cigarettes were used by 19.6% of high school students and 4.7% of middle school students— a total of 3.6 million students, according to a report by the U.S. Centers for Disease Control and Prevention.

The legislation is opposed by Tony Abboud, executive director of the Vapor Technology Assn., a trade organization for the e-cigarette industry. He noted that California already has a wholesale tax on vaping products charged at the distribution level.

“By signing SB 395 into law, Gov. Newsom will be the first governor to impose a double tax on California consumers who use less harmful vapor products, thereby driving more Californians to smoke deadly cigarettes,” Abboud said.

Newsom said the issue is personal for him. In proposing a vaping tax last year, the governor cited his concern as a parent of four children.

“It scares the hell out of me as a parent, hearing what I am hearing — what is happening in middle schools, not just high schools — and I think this vaping tax is long overdue,” Newsom said last year when he proposed a levy on vaping products.

The governor took action on the issue in 2019 when he instructed state regulators to reduce youth vaping consumption by finding ways to ban illegal and counterfeit vaping products.

He also set aside $20 million for a public awareness campaign on the health risks of vaping, including signs placed at retailers and on advertising for e-cigarettes and accessories.

The new tax is projected to generate $38.4 million by 2023, with money to be split among several programs, including early childhood education, public health education and grants to students from disadvantaged communities pursuing an education in the health field.

A new statewide poll finds a sharp decline in the number of voters undecided on Proposition 22, an effort to designate drivers who work for app-based companies as independent contractors, but provides no clear hint […]

Joe Biden and Kamala Harris may be running against President Donald Trump, but they may also be throwing a little shade toward an ostensible presidential contender: Kanye West. The Democratic candidates for president and vice-president, […]

Sen. Lindsey Graham (R-S.C.) on Sunday said systemic racism doesn’t exist in the United States, pointing to the elections of former President Barack Obama and Vice President Kamala Harris to back up his claim. During […]