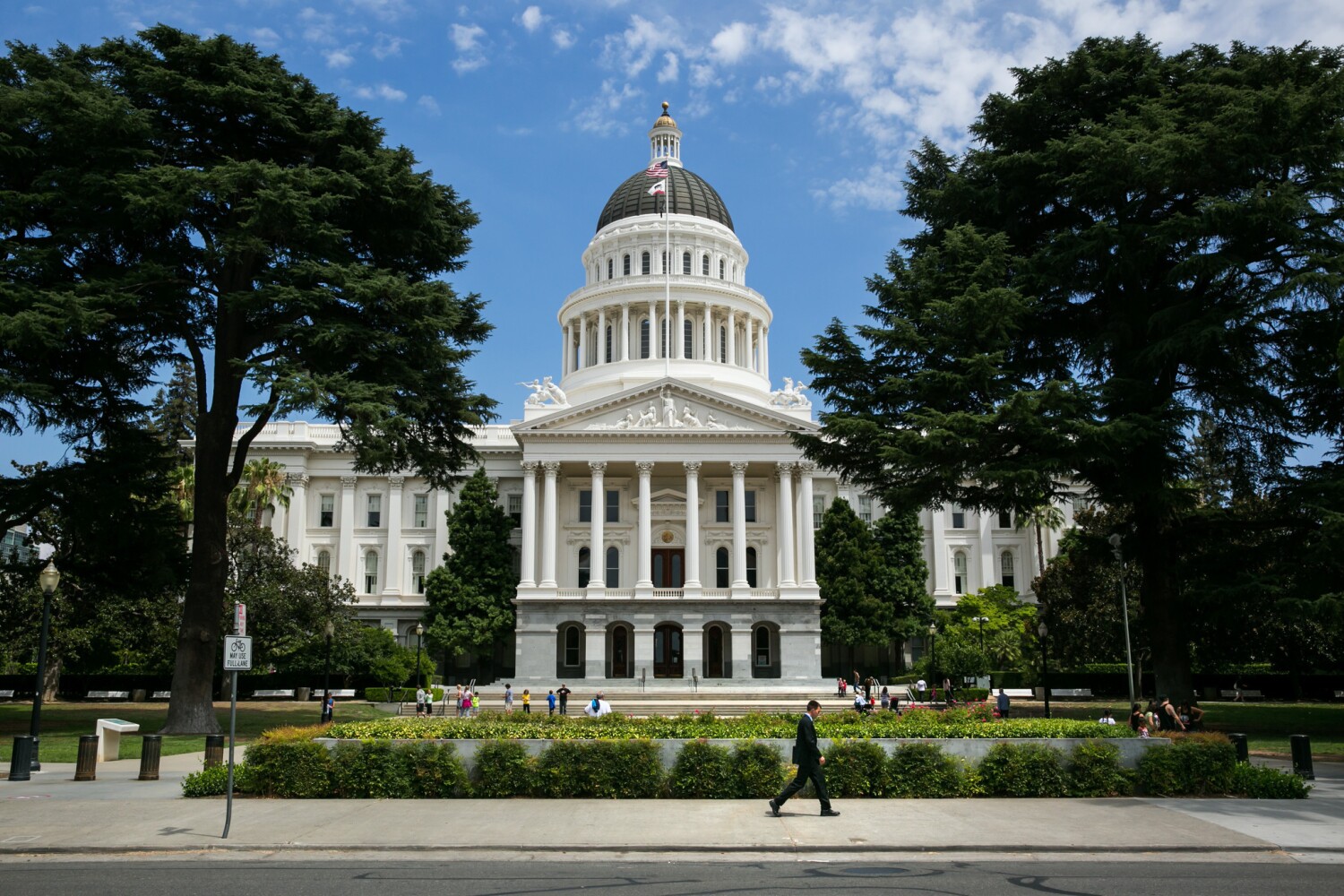 Like little flowers emerging from a charred landscape, some promising pandemic relief bills are sprouting in a California Legislature devastated by COVID-19.

Newsom, however, made a smart move last week in an attempt to right his foundering governorship. He recruited the politically savvy Dee Dee Myers to be a senior advisor and head his agency — GO-Biz — that’s supposed to help expand California business.

The California native is best known for being the first female White House press secretary — for President Clinton — but since then has worked in corporate communications, including as a vice president for Warner Bros.

Newsom, Myers and legislative leaders should take a serious look at some of the pandemic-related bills that were introduced when the Legislature convened its new session last week.

But the measures face a harsh terrain that has been damaged by efforts to control the virus’ spread in the Capitol.

Since the COVID-19 outbreak in March, the Legislature has been upended by restrictions. The Capitol is barred to outsiders — policy experts, lobbyists and the public. Many committee hearings are relegated to awkward Zoom meetings. Mask-wearing lawmakers are confined to distancing. They can’t buttonhole one another on the chamber floors to discuss bills and negotiate.

An indispensable tool of good legislating is face-to-face dickering. That hasn’t been happening. One result was that the Legislature adjourned for the year in August amid excessive feuding between the two houses, especially among the leaders.

“The process is screwed up,” Assemblyman Adam Gray (D-Merced) says. “It’s difficult to navigate through this. It’s hard to organize the committees. They’re not as transparent and public as they should be.”

Gray introduced a bill, AB 62, that would allow small businesses and those deemed essential — such as healthcare facilities, emergency services and food processing — to take a dollar-for-dollar tax credit on virus-protection expenses required by the state. Covered would be such things as employee testing, masks, ventilation systems and plexiglass barriers.

The credit would be taken on state tax returns. Spend $20,000 protecting employees and customers, and your taxes would be reduced by that amount.

The cost to the state treasury in lost tax revenue? Lots.

“Hundreds of millions to billions of dollars,” says Gray spokesman Adam Capper. “Whatever it costs, that’s how much [state] regulations cost California businesses.”

“Instead of putting our money where our mouth is,” Gray says, “state regulators continue to push the costs associated with COVID-19 onto employers, many of whom are already struggling to keep their doors open….

“I can already hear those who created and supported these regulations saying the state cannot afford to spend the billions of dollars it will likely cost. Well, now you know how small-business owners feel.”

Newsom estimated last week that the state would garner a $15.5-billion tax windfall in the next fiscal year. Recently, the nonpartisan Legislative Analyst’s Office projected an even higher surplus — $26 billion.

State Sen. Andreas Borgeas (R-Fresno) introduced a bill, SB 74, that would require the state to spend 10% of its surplus — whatever the size — on grants to small businesses.

Newsom recently set aside $500 million for small-business grants. The governor also allowed most businesses to delay, for three months, handing over to government the sales taxes they collect.

Borgeas’ bill probably doesn’t stand a prayer given he’s a lowly Republican in a Legislature that Democrats control with supermajorities in each house. But it’s still a good idea. Maybe a Democrat can steal it.

The GOP senator, a law professor, has also been pressing Newsom for data that justify restaurant shutdowns, especially outdoor dining.

“What surprised me is they don’t have that information,” Borgeas says. “Restaurants being locked down deserve to understand whether it’s science-driven. Restaurants are trying to make their case, and they’re not being heard.”

The state would have to provide more clarity to its safety guidelines, Ting says. Under his proposal, there could be hybrid teaching — a mix of in-person and distanced.

“Right now, many schools that are open are flouting guidelines,” he says. “It’s not clear whether they’re requiring students to wear masks and if desks are distanced.”

But the vast majority of public schools are closed.

“It’s harder to teach online,” Ting notes. “Harder to keep kids’ attention. There are fewer hours of instruction. Many kids aren’t even showing up for class….

“I’m worried about the learning loss — also the social isolation. Kids want to be around other kids. They want to see the teacher. We have to do better.”

Gray says politicians — and everyone — should come together as they did in World War II, set aside partisanship and unite behind combating the virus and saving small businesses.

“Stop the finger-pointing and blame — the debating masks vs. not masks,” Gray says. “Focus on everybody helping everybody get through this tough time.

“That’s my wish for Christmas.”

That may be asking too much from Santa.

Missing movie theaters in COVID-19 quarantine? Fill up the car and head to these drive-ins