It’s curtains-up on Broadway, after more than 15 months in the dark.

About three dozen musicals and plays have announced opening dates in 2021. The majority of theaters will reopen after Labor Day, although “Springsteen on Broadway” is set to start performances on June 26.

The return of live theater has been a highly anticipated moment in the reopening of New York City, since the last performances on March 12, 2020. Seeing a show was never more popular than it was over the five years before the shutdown, when Broadway broke records for ticket sales and crowds. Shows during the 2018-19 season sold more than 14 million tickets and grossed $1.8 billion over a record 1,737 total performances, according to the Broadway League trade group.

Now, after being closed for the longest period in its history, Broadway is counting on audiences to return to live, in-person theater. Broadway League President Charlotte St. Martin said ticket sales are going well for shows that have announced opening dates. “Demand appears to be coming back,” she said.

Theaters are allowed to resume performances at 100% capacity, but with staggered opening nights it will take time until all the neon lights are bright on Broadway. Join in for a singalong as each theater welcomes back live audiences, one show at a time.

The business of Broadway relies on having a full house every night. Ms. St. Martin indicated that most shows need a minimum attendance of 75% of the theater’s capacity, and many need more. “It’s one of the reasons why we couldn’t do social distancing,” she said.

Long-running shows that are reopening had 2018-19 grosses averaging 93% of their weekly box-office potential, a measure of the theater’s seating capacity when sold at full price. “I think we will open with many shows in full or near-full theaters,” Ms. St. Martin said.

But not all productions are selling out nightly. 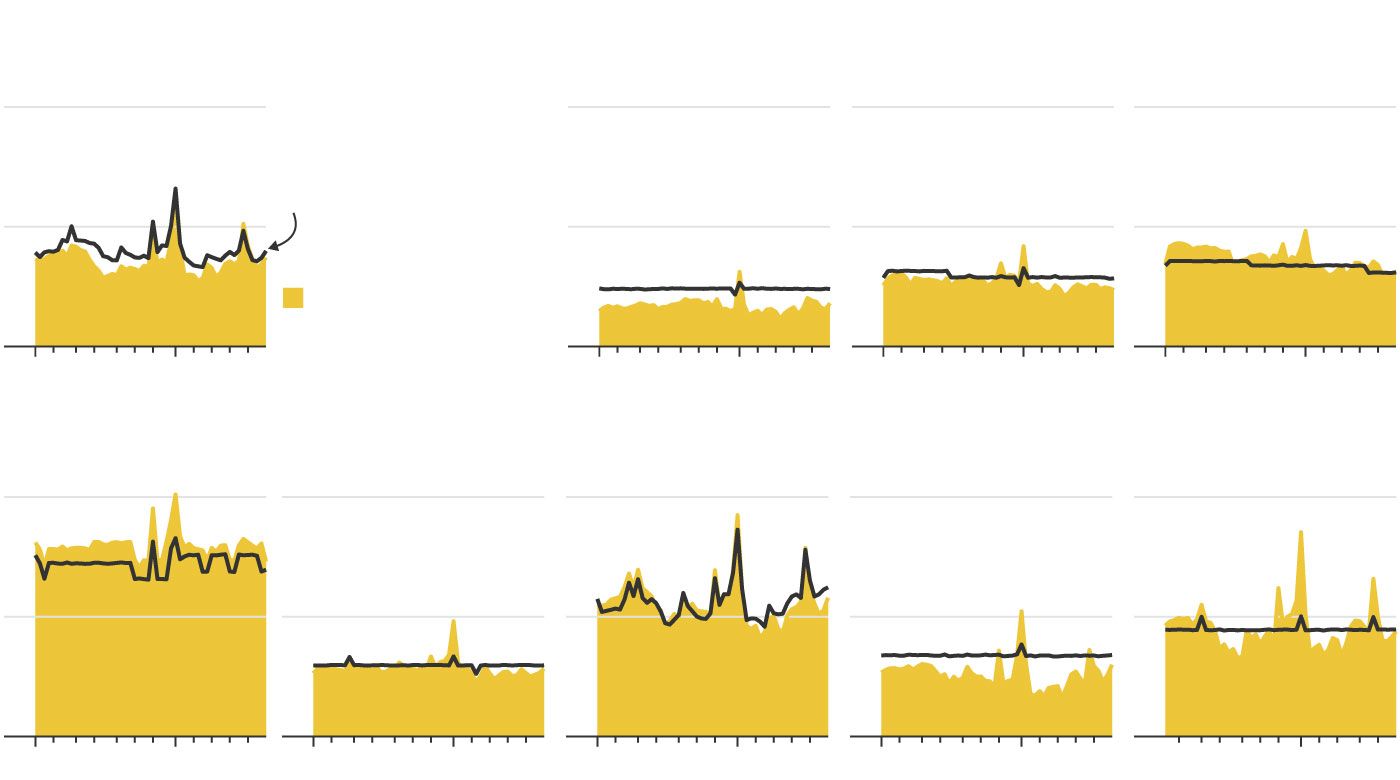 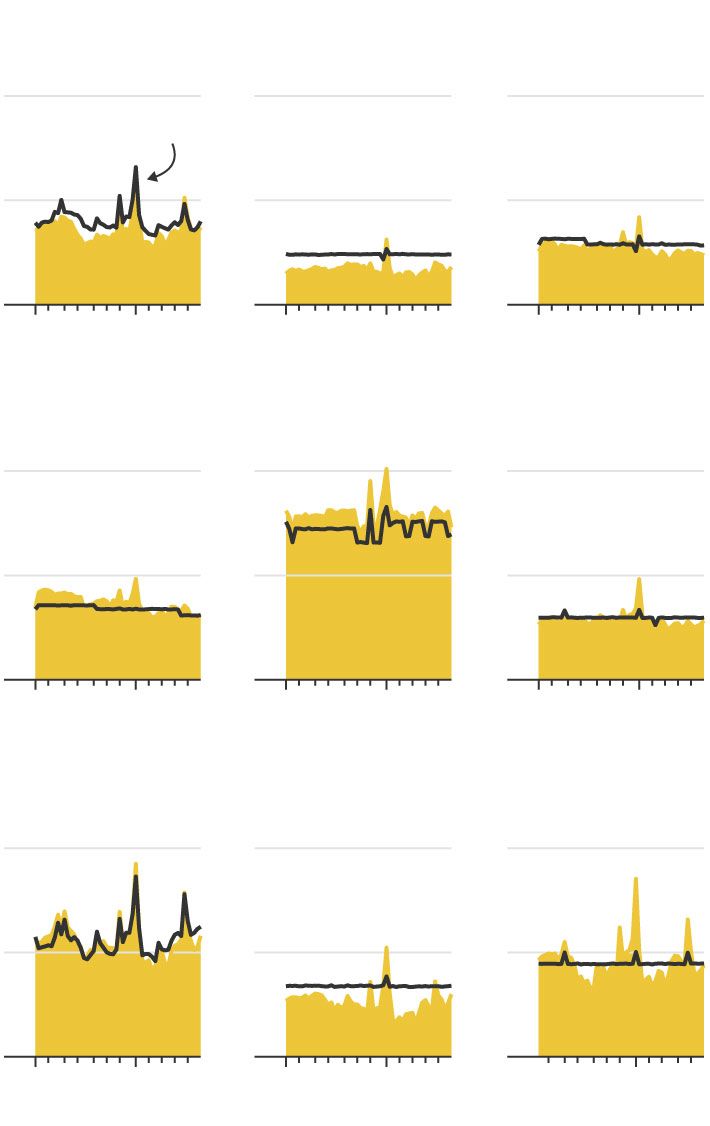 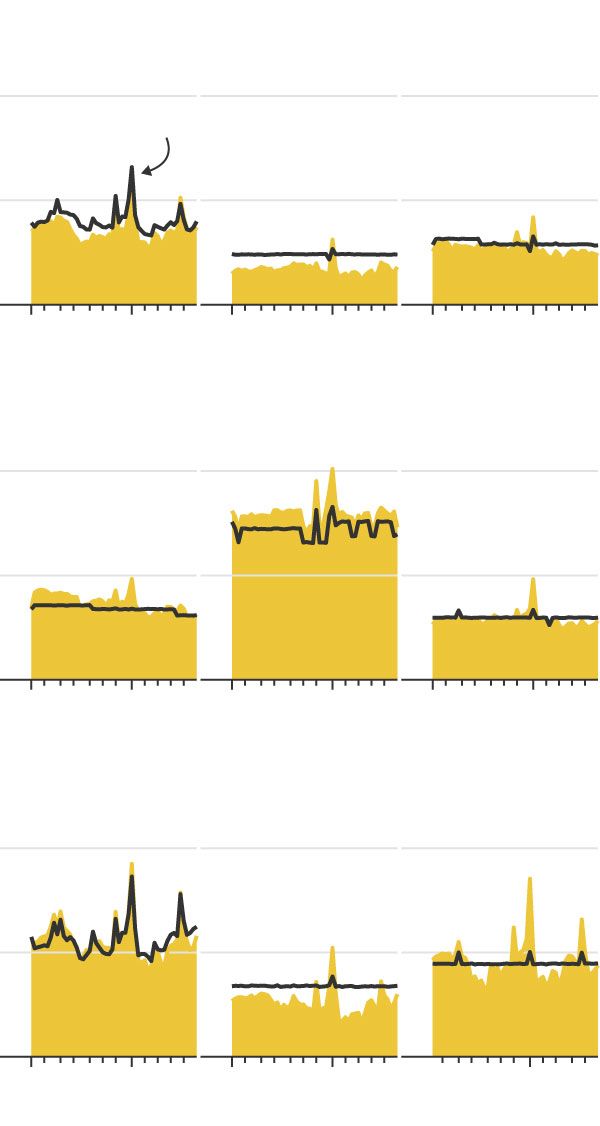 Broadway needs tourists to fill its theaters, and it is counting on a full recovery from the Covid-19 pandemic. New York’s international and domestic tourism plummeted in 2020 and isn’t expected to return to pre-pandemic levels until 2024, according to NYC & Co., the city’s visitors bureau and marketing organization.

Even as New York began to reopen, the number of people walking through Times Square each day in May was still down 60% from two years ago, according to the Times Square Alliance, the district’s business-advocacy group.

Broadway is expected to help bring the number of visitors up again in September, a spokesman said. Out-of-town visitors make up the largest portion of Broadway’s audience.

Notes: Dates indicate first preview of new shows, and reopening dates for ongoing shows; audio clips not available for some productions, including new shows; some audio clips may be of original Broadway cast or past productions; some theaters hadn’t announced an opening date as of June 24.

What are you most excited to see on Broadway? Join the conversation below.

Write to Ana Rivas at ana.rivas@wsj.com and Juanje Gomez at juanje.gomez@wsj.com

Stephen “tWitch” Boss, one of Ellen DeGeneres’ most visible colleagues, is breaking his silence over a slew of allegations against his boss about the alleged “toxic work environment” on her daytime talk show.  Boss has […]

The New York City panel that sets rents for the roughly 2.3 million residents of rent-regulated apartments on Wednesday froze those rents for a year, delivering a slight reprieve to tenants struggling in the worst […]

Dennis Dreibelbis bought the G-Lodge Restaurant in eastern Pennsylvania in 1984, hoping it would eventually support him in his retirement. In mid-March, when Pennsylvania, like much of the rest of the country, told residents to […]