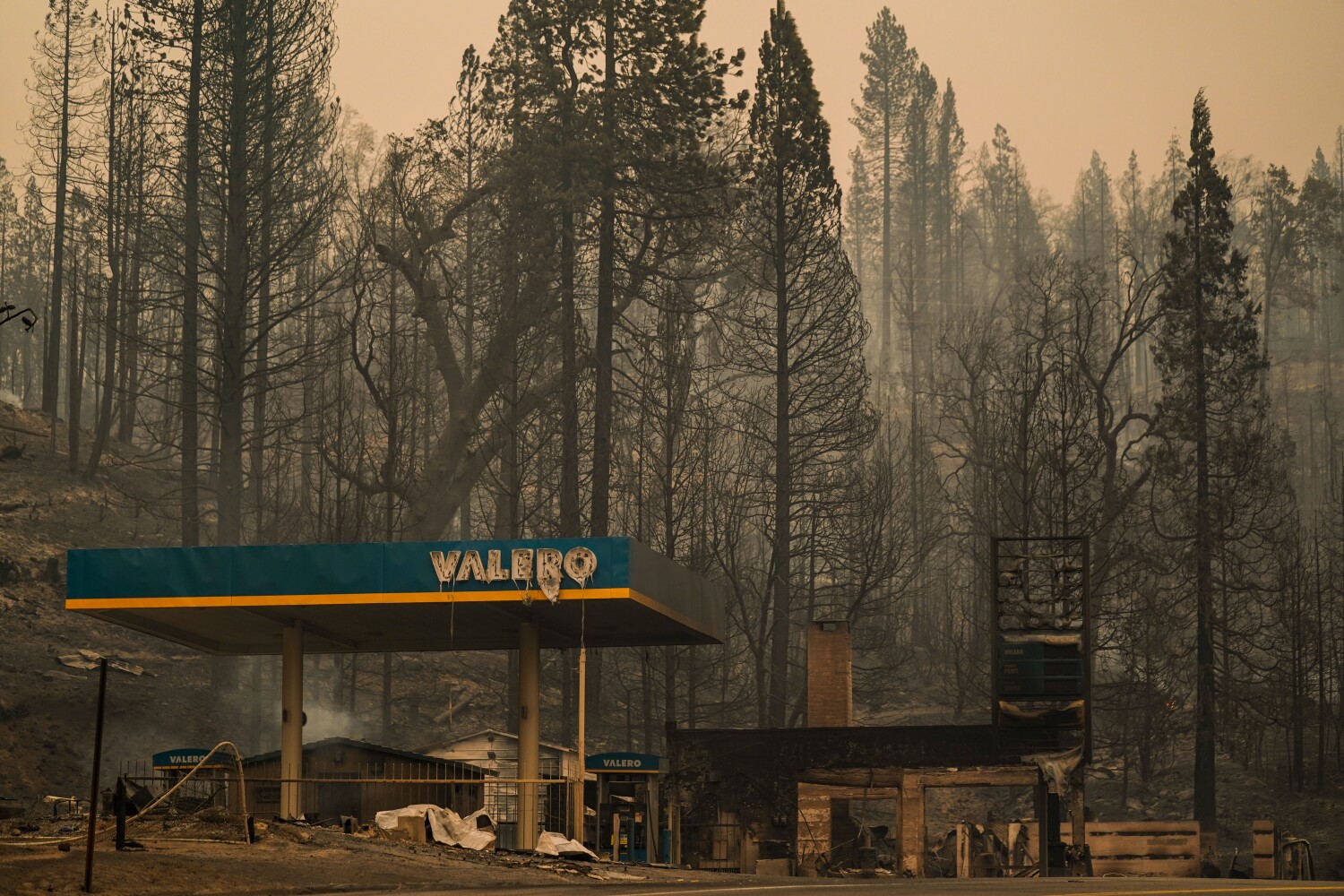 For proof that climate change is not the primary cause of horrific Western wildfires, look at Baja California, Mexico.

Baja has a big mountain range that resembles the Sierra Nevada, but it’s healthy and fire-resilient. That’s because until relatively recently, it was managed by nature, not humans — except for Indigenous people who knew what they were doing.

Gov. Gavin Newsom is on target when he tells President Trump — and, repeatedly, all of us — that “the hots are getting hotter, the dries are getting drier.” He points to a disturbing fact: The average California summer temperature has risen from 71 degrees to 74 degrees over the last 40 years.

But Newsom misses the mark when he implies that if it weren’t for global warming, we wouldn’t be suffering these cataclysmic blazes.

“If you do not believe in [climate] science, I hope you believe in observed reality,” the governor told reporters recently while standing in the ashes of an incinerated Butte County forest. “The science is absolute. The data is self-evident.”

No, what is most evident is forestry mismanagement and overpopulation of wildlands.

The Sierra de San Pedro Mártir is similar to the Sierra Nevada: dominated by Jeffrey pine and mixed conifer forests, winter snow, granite base and rainbow trout. The peaks aren’t nearly as high as in the Sierra Nevada, but they’re up there. The tallest is 10,157 feet.

The pristine Baja range “can be used as a reference to what the drier portions of … forests in the Sierra Nevada may have looked like without a history of extensive logging and fire suppression,” reads a research paper published in April by the California Fire Science Consortium at UC Berkeley.

But unlike the Sierra Nevada, the UC paper continues, “the structure of this [Baja] forest creates an ecosystem that is resistant and resilient to drought, high-severity fire, insects and disease.”

It “can help guide management decisions in … the western U.S./California that wish to return forests to historical conditions or prepare them for a changing climate and an uncertain future.”

What did Mexico do differently than us? For a long time, it did nothing. Nature handled it.

An early exception: Like California Indians had for hundreds of years, Indigenous people in Baja practiced prescribed burning to clear the forest floors, thin out the smaller trees and keep the woods bountiful for food foraging and hunting. That stopped in Mexico, however, and was greatly reduced in California when “civilized” settlers conquered the Indians.

But fire was necessary for a healthy forest. In California and most of the West, whenever a fire ignited, we rushed to extinguish it. The public demanded it — little towns and resorts were springing up and needed to be protected. And prescribed burning was a smoky nuisance.

So, California forests became overgrown with people, pines and dense undergrowth. Like too many chickens in a coop, the dense trees became susceptible to disease — bark beetle havens in a drought — and 163 million now are dead, creating hot-burning fire fuel.

But in the Sierra de San Pedro Mártir, lightning fires were allowed to burn themselves out, cleaning the forest naturally. It wasn’t until the 1970s that Mexico began to douse fires there after a national observatory was built. It needed to be protected.

The result of nature’s management is a forest that’s practically in mint condition, resistant to fire and disease.

There was a four-year severe drought around 2000, and fewer than one tree per acre died, according to UC Berkeley fire science professor Scott Stephens, who has studied the Baja range for 20 years.

Then, in 2003, a major wildfire erupted that burned thousands of acres. And 80% of the trees survived.

“It was dramatic,” Stephens says. “Every time I go down to that place it astounds me how well that area has been able to adapt to climate change.

“Climate change certainly has hit that place too. But it’s doing well.”

California is not doing well. To do better, Newsom and other Democratic leaders need to do more than curse climate change while trying to stabilize Earth’s thermometer. They need to invest heavily in adapting our forests to climate change.

When I asked Stephens how much climate change was to blame for our wildfires, he answered: “Less than 50%. Maybe a third.”

The state owns less than 3% of California’s forests but is responsible for helping to manage the 40% that is privately held. The federal government owns 57%.

Stephens and other fire experts say that the state should step up prescribed burning and forest cleaning. And it is, pouring substantially more money into the effort. But California needs to invest billions more.

The governor and Democratic leaders recently failed to agree on a fire prevention spending package that began at $3 billion and fell to $500 million — then collapsed. It was from lack of leadership.

There also needs to be more fire-resistant “hardening” of homes in vulnerable communities. The Legislature passed a bill by Sen. Hannah-Beth Jackson (D-Santa Barbara) to require that. Hopefully the governor will sign it.

Perhaps Newsom should take a trip to the Sierra de San Pedro Mártir and learn from Mexico.

Study Raises Concerns for Pregnant Women With the Coronavirus