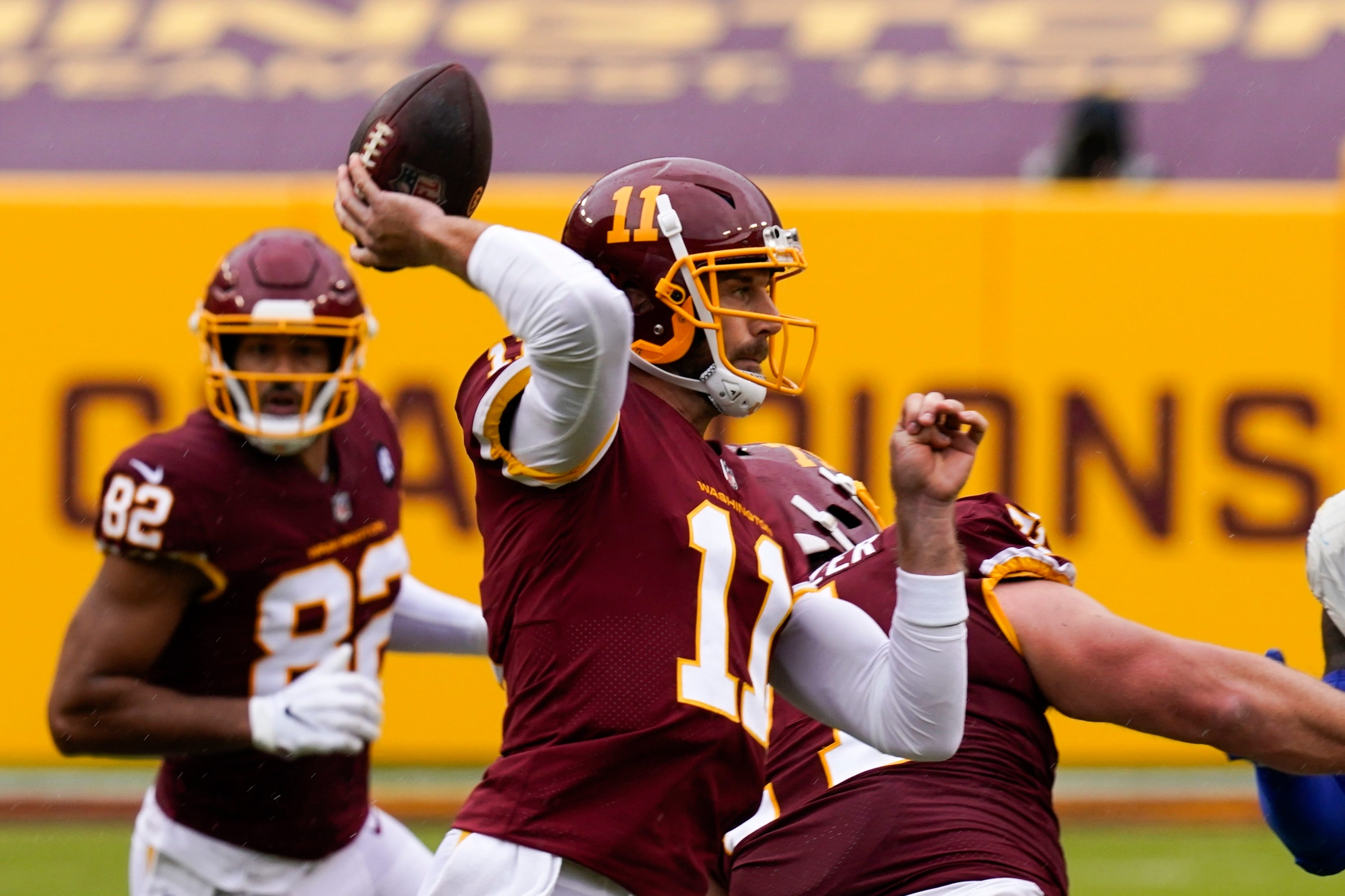 The Washington Football Team quarterback entered the game against the Los Angeles Rams late in the second quarter after starter Kyle Allen took a hit from cornerback Jalen Ramsey. He was listed as questionable to return with an arm injury.

Smith, 36, was on the game day active roster Sunday for the first time since breaking the fibula and tibia in his right leg in a November 2018 game against the Houston Texans. He underwent 17 separate surgeries and missed the entire 2019 campaign while recovering.

“In the NFL world, I’m an old guy,” Smith said in August of his comeback attempt. “I’m a dinosaur. But in the bigger aspect of life, I’m 36 years old. I have three little kids. I have the rest of my life in front of me. Selfishly, I’m even doing this for them, as crazy as that sounds. I know if I can go out there and play quarterback, I can do anything else in life.”

Smith entered the day as the backup after Dwayne Haskins, who started the first four games, was benched and Allen was promoted to starter.

Allen completed nine of 13 passes for 74 yards before exiting.

For budding sports reporters, another career test: a summer without internships

For five women trying to break into highly competitive world of sports media, the pandemic has created an unlevel playing field. Make Serious Money with Our Simple Business Plan! This Business Plan has helped thousands […]