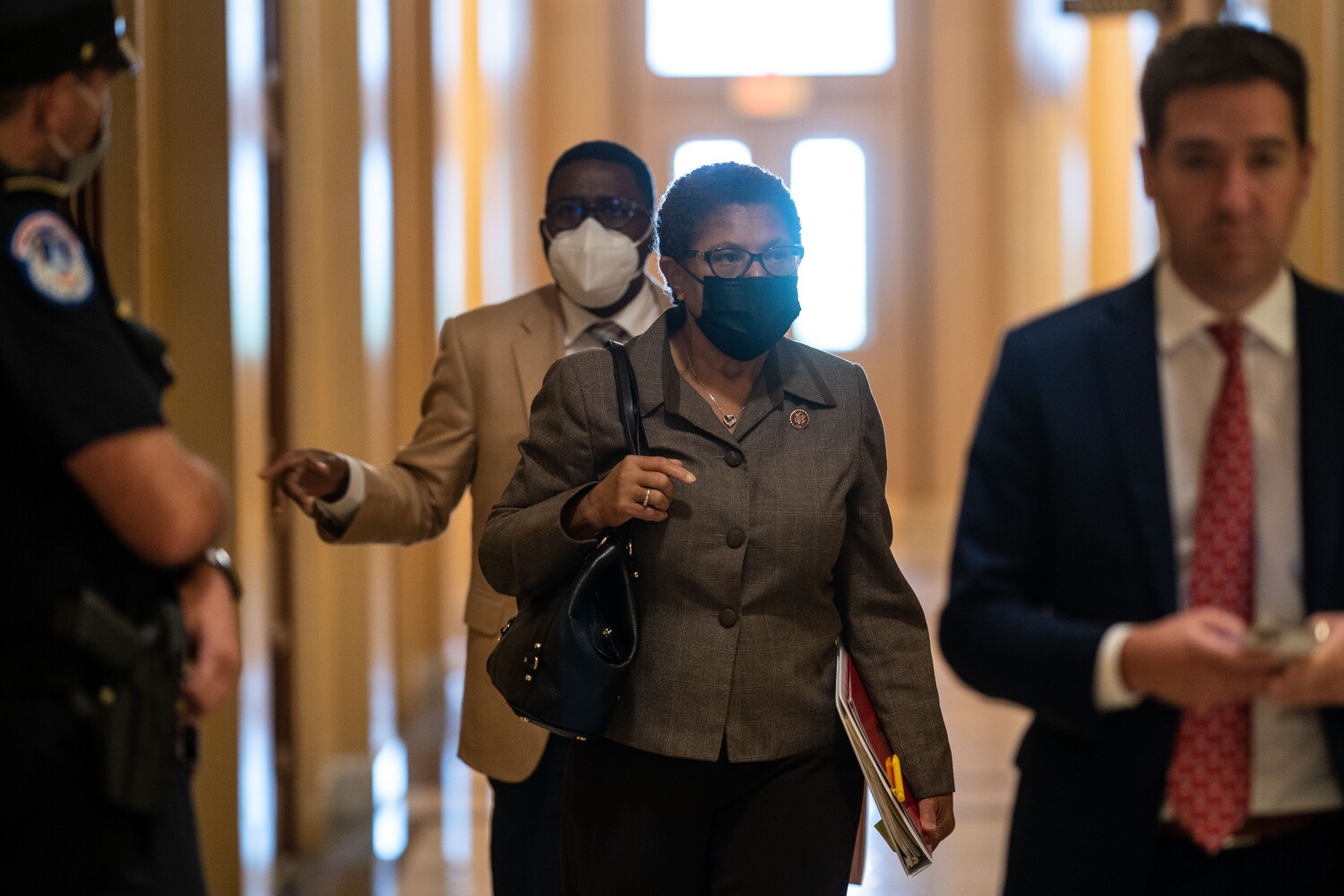 But it will also have consequences back in Washington, where Bass has represented her Los Angeles district since 2011.

Here are four ways her entrance into the mayor’s race may impact the nation’s capital:

1. Chances dim that the next House Democratic leader will be a Black woman

House Speaker Nancy Pelosi (D-San Francisco) agreed in late 2018 to step down from her leadership post by the end of next year, meaning the caucus could usher in a new batch of Democratic leaders to succeed Pelosi, Majority Leader Steny Hoyer (D-Md.) and Majority Whip James Clyburn (D-S.C.) after next year’s midterm elections.

Bass, who was on President Biden’s shortlist of running mates in the 2020 election and later emerged as a contender for Gov. Gavin Newsom to appoint to the Senate seat vacated by Vice President Kamala Harris, was often mentioned by her colleagues as one of the members who could fill the leadership void, perhaps even as speaker.

“In the next election — maybe two — there’s going to be turnover at the highest levels in the U.S. House of Representatives, and there are a lot of good people who people are already thinking are in contention to rise to speaker or majority leader or whip,” Rep. Anthony Brown (D-Md.) said in an interview. “Given her experience, I think that she had a real opportunity to fill any one of a number of top leadership positions in the House.”

With only about two dozen Black women serving in the House, a 435-member body, Bass’ decision means the likelihood of a Black woman leading House Democrats “may happen later rather than sooner,” said Aimee Allison, founder and president of She The People, a national network of women of color.

2. Democrats could have a narrower majority in the 2022 lame duck

Bass can continue to represent her district in Congress while also running for mayor. Many representatives and senators have held their congressional seats while running for president or other offices.

But if Bass is elected mayor in November 2022 and sworn in before the 118th Congress convenes in January 2023, Democrats may have to adjust to having one less vote during a portion of the few weeks between election day and a new Congress, which is known as the lame-duck period. That can be a busy time, particularly if a chamber is changing hands from one party to another.

Democrats are already struggling to enact the president’s agenda with only a three-vote margin in the House, and an evenly divided Senate. So every vote counts.

“That’s the question: How will that mess things up?” said Rep. Mark Takano (D-Riverside). “If we need her as a voting member in the lame-duck session, that might be a problem the last three weeks of December.”

House vacancies in California are filled by special elections, so there would not be enough time to temporarily fill the seat. Bass’ replacement, presumably elected in November 2022, would take the seat in early January.

Bass’ decision to run for mayor signals to potential candidates that her seat is up for grabs. One problem, however, is that no one quite knows what that seat will look like next year.

California is set to lose one of its 53 congressional seats, and the California Citizens Redistricting Commission will have to draw new lines for congressional districts based on new census population totals.

The commission is in its third and final phase, which involves holding meetings and drafting maps, with certification of a final map likely to come before the end of the year.

The filing deadline for congressional candidates is in March.

4. Rep. Barbara Lee gets a boost

Bass and Rep. Barbara Lee (D-Oakland) had both acknowledged their interest in succeeding Harris in the Senate before the appointment went to Sen. Alex Padilla (D-Calif.).

But with no Black woman serving in the chamber since Harris became VP, Newsom has said he will name a Black woman if Sen. Dianne Feinstein (D-Calif.) resigns before her term is up in 2024.

At 88, Feinstein is the oldest member of the chamber. She stepped down from her post as the top Democrat on the Judiciary Committee earlier this year.

She has given no indications that she won’t complete her term and hasn’t said whether she’ll seek reelection in 2024. However, fellow octogenarian Sen. Chuck Grassley (R-Iowa), 88, announced last week that he’s running for reelection to another six-year term.

“I haven’t made it a secret that I think it’s time for some new leadership at the Senate level and that I think Barbara Lee is very well positioned,” Allison said. “Women of color, and particularly Black women, showed up big time for [Newsom] in defeating the recall, and this is our expectation: We expect the governor to make good on what he said about his commitment to Black women’s leadership.”

‘Get A Grip’: Lindsey Graham Gets Smoked For Declaring He’d Go To War For Chick-Fil-A

Inspire an insurrection? Forgivable. Systemic racism? Not a problem. But if you criticize Chick-fil-A, you’d better watch out, because that’s the hill Sen. Lindsey Graham (R-S.C.) is willing to die on. The senator devoted a tweet thread […]

The Pandemic Is Ending. The Optimized Future Is Probably Back.

In out of the darkness of the pandemic, you can feel the future coming back, in the relative calculations of people’s lives. The all-encompassing nature of the pandemic subtracted the future for at least a […]

In a minute we’re going to tell you how reader Bob Lentz wound up with the sculpture above. And I’ll confess to a souvenir fail. But first, let’s talk about you, dear reader. You have […]